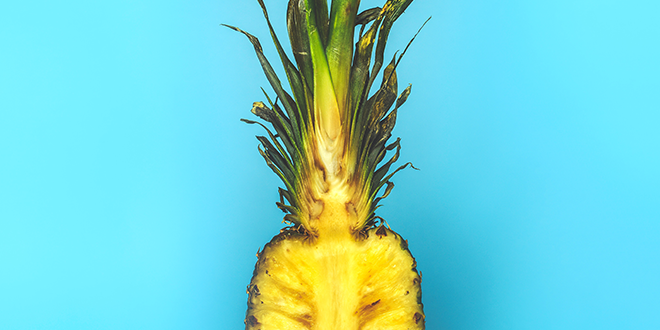 Our bodies are weird and wonderful things, aren’t they? As wondrous as they are though, we’ve still got some questions and they’re especially about the male body. For instance, what makes you guys scratch your balls so often? Also, what the hell is a foreskin even for in the first place?

Sperm and semen isn’t even the same thing! Those little tadpole-shaped guys that we always visualize as the little swimmers are the sperm, while semen is the fluid that transmits it through the male urethra to be ejected as ejaculate. We may use the terms sperm and semen interchangeably, so to avoid confusion just use this little mnemonic device that we just made up: ‘sperm like to squirm, and semen is what they swim in.’ As we said, we just made it up okay?

It’s maybe even a little nutritious! However, don’t replace your daily vitamins with it. Sperm contains vitamin B12, C, calcium, fructose, lactic acid, magnesium, zinc, fat, potassium and many different kinds of protein – but only like tiny, minuscule amounts. To add up all the fats, carbs and proteins in a teaspoon of semen, you only end up with about 5 to 7 calories.

Smelly or yellow sperm is a bad sign. If his semen is yellow-y, or even greenish and has a foul smell to it, it could be a sign of a sexually-transmitted infection . And if it’s reddish or brown, that could also be a sign of a broken blood vessel in his prostate or urethra.

Like a fine wine, it’s quality changes with age – but not for the better. Males can produce sperm throughout their lifespan, but as they age it becomes less and less likely to produce sperm that is useful. Above the age of 52, sperm begins to deteriorate in terms of quality and when they’re in their 20s they produce their highest levels of sperm per ejaculation.

Semen keeps sperm alive. It’s worth knowing that sperm can live for up to five days in a woman’s reproductive tract as it waits for an egg to fertilize. Outside of the body however, it’s a harsh world for little spermies: a chemically-treated pool will kill off sperm in just a few seconds, while warm, untreated water is where they can live for about five minutes. When the semen dries or dissipates is when sperm tend to die when exposed to the elements.