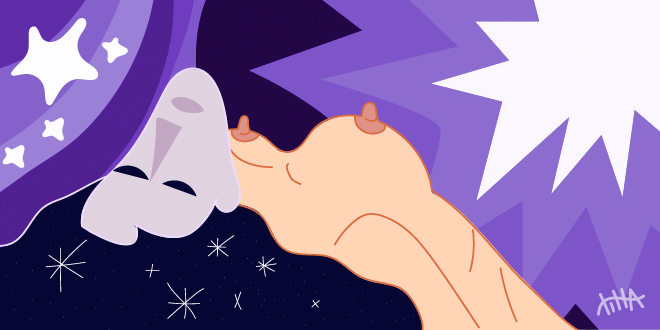 It never fails to amaze me just how little we know about sex . I’ve written frequently about my frustration at the lack of empirical knowledge about the clitoris compared to the understanding of pretty much all of our other anatomy. Another thing we know little about is the difference, or similarity, between men and women’s orgasms.

When we look at the neurology of an orgasm , male and female climaxes are almost indistinguishable, as does the description men and women give for their experience. “It starts with a feeling of warmth deep inside me, and my muscles begin to tense up…” and so on.

But there is one big difference – frequency:

There is likely to be an underlying reason for this, but I imagine is cultural rather than biological. Heterosexual sex tends to favor activity that encourages male orgasm, like penetrative sex, over female orgasm, like foreplay.

There is a biological reason too. The clitoris and penis develop from the same erectile tissue. But the clitoris is largely inside and around the vagina, whereas the penis is largely external, which means men enjoy direct stimulation during sex while women’s pleasure is largely indirect.

So to summarise, there’s no neurological or biological difference between men and women. In fact, women even produce prostatic fluid – semen, essentially.

But there’s plenty of ways to improve the quality and frequency of your orgasms. For instance, our bestselling SONA uses sonic waves to stimulate the internal parts of the clitoris as well as the external.

And for men, our latest F1s pleasure product uses similar technology for the most intense sensation of any male sex toy on the market, helping you learn to control and delay orgasm.

Godspeed, and I wish you money powerful, toe-curling orgasms.

The post What’s The Difference Between Male & Female Orgasms? appeared first on Volonté .