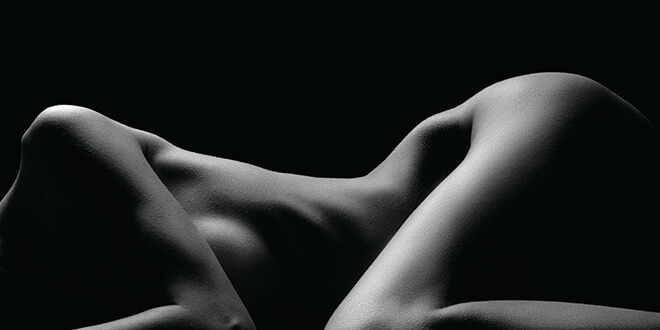 What do you think of when you hear the term ‘women’s erotica’? Is it a Danielle Steel novel filled with romance? Or perhaps a short story rife with emotion and sexual tension?

Well, both of these examples are, in fact, women’s erotica, but the true meaning is actually a lot broader than you may have thought.

What is Women’s Erotica?

While many believe that women’s erotica is simply short stories or fiction novels that explicitly targets various sexual preferences, it’s actually more than that. In actuality, women’s erotica is considered to be any kind of material with a positive sexual tone that caters specifically to women.

For that reason, erotica can be found on websites, in short stories, films, videos, photography, magazines, books, audio, and more.

With the advancement of technology, the face of dating, sex, sexuality, and what we perceive to be love has changed dramatically.

Personally, I have witnessed the dynamics of dating, intimacy , and relationships change. It’s not about meeting someone you feel you have chemistry with and waiting by the phone, hoping that love will blossom. It’s about trying to get the best angled selfie for your dating profile so that you may be chosen (for the night).

Simply put, millions of pornographic films, which are predominantly male-centred, romanticize physical intimacy by focusing on arousal and release. It’s being with another for personal sexual satisfaction, and often depicts scenes whereby the woman is subservient, used and sometimes abused, while the man appears powerful, rough, and victorious.

“Hey, having sex is really fun. We should make money off of it. This is a legitimate pursuit. Many of us have degrees, and we’ve chosen to do this.” says White.

But even if some or all of these sites are new and unfamiliar to you, you will have almost definitely come across female-centered erotica in the mainstream media.

Female Erotica in the Mainstream Media

Orange is the New Black

It’s true that fans worldwide have, at one point or another, been glued to their TV screens while binging on Orange is the New Black. And this is actually a good thing for women.

This show has helped introduce the world to realistic female sexuality in such a way that it’s not glamorous or sexy. In fact, the inmates rarely look their best, yet they rely on each other for emotional support as well as physical pleasure.

And just like in real life, different kinds of relationships are viewed in this TV show. Soso, for example, identifies as pansexual, while Piper manages to jump around from straight to bisexual and gay. Suzanne, on the other hand, is all about finding intense and loving relationships.

And despite the near all-female cast, these relationship constructs are just as applicable and relevant for everyone, giving the viewer a glimpse into different kinds of emotional and sexual relationships.

Sure, he is portrayed as a character that doesn’t fair well with emotions, but it’s evident that he has a deep sense of emotion for her, and vice versa.

These emotions are expressed by Anastasia continuously throughout the story via verbal communication and written emails, with Christian feeling conflicted about his newly-formed romantic feelings towards her.

All in all, 50 Shades of Grey , in my opinion, actually places a huge importance on female empowerment, and sexual and emotional growth.

← 20% OFF For VOLONTE Readers
Pleasure Your Mate Month Is Here! →