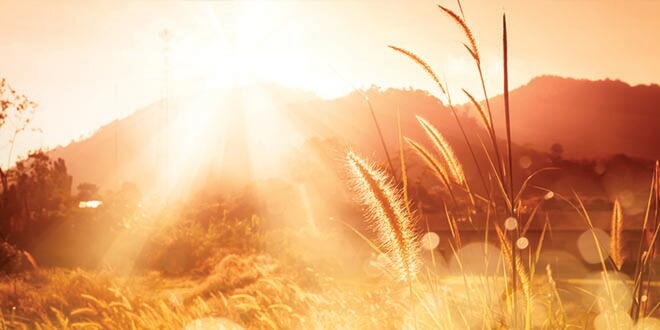 What religious people call ‘spiritual,’ skeptics call ‘awe.’ It’s the same feeling, we just use different language for it, and since time immemorial, sex has appealed to both groups as spiritual and awesome respectively.

I’ve certainly experienced sex as what tantric practitioners would call ‘spiritual,’ so tantra has long held some outside interest for me, but, as a skeptic, the spiritual side of it has completely deterred me. Fortunately, I work in the sex industry, and as such I have a lot of tantric practitioners as friends, and one offered me and my partner the opportunity to try a tantric teaching weekend with her and a group of strangers. Suspiciously, I agreed. I took the plunge as a skeptic into a world of crystals and chakras. Here’s what happened, and what I took from the experience.

The workshop was conducted in a comfortably sized, white walled room with big, bright, frosted windows. It felt very private. The windows had ivy creeping through them, giving it the feeling of being overgrown outside, despite its position in the middle of one of the world’s busiest cities.

Our group consisted of 12 strangers including me and my girlfriend, and we were the only people who knew each other and also the only couple. I found myself nervous and awkward and uncomfortable – out of place somehow. An imposter. I spoke softly, in hushed, reverential terms, and shuffled around like I was in a church, trying to be polite before I could slip out unnoticed. But for this, I had tried hard to cultivate a sense of positivity, in the knowledge that if I’d gone in with my instinctive cynicism, I would have deliberately not enjoyed it. I wanted to give it a chance.

Soon coffee, and organic things were being consumed, we slipped our shoes off, and wandered into the room, inspecting it respectfully, as though we were meandering around a closed museum.

Quickly we were all assembled, all shoeless and in comfy clothing, and we sat in a wide circle on the floor. At the teacher’s prompting, we introduced ourselves. I’m able to remember the introduction I gave myself almost verbatim. It was this:

“Hi, my name’s Stu, and I’ve been working and writing in the adult industry all my professional life. Until now I’ve found myself resistant to spirituality with regards to sexuality, but I’m here with a good attitude to see what this has to offer me.”

That was it. It felt sincere at the time, but on review, it sounds a little false, especially since everyone preceding me had talked so candidly about their motives. There was a wife there whose husband had refused to give her sexuality a second thought. A man dealing with erectile dysfunction looking for alternatives to penetrative sex. An elderly buddhist experimenting with sex again. Everybody was so honest with this group of people they’d never met before, and my respect and trust in them grew immediately. But it compounded my sense of charlatanism.

The teacher talked us through what to expect from the weekend. She knew that most people present were experienced spiritualists, and there were some experienced skeptics too – me and my girlfriend, basically.

To me and my girlfriend, she simply advised that if the framework for understanding she was using didn’t work for us, we should just build our own framework and make that work for us, or be comfortable with it not working for us. So that’s what I did. She used a phrase for the more intangible elements of her language: “woo woo”. This is the term she used to describe anything that she thought I would normally consider spiritual, and because I had mentioned my cynicism early on, she took it on board, using the word only for our benefit. “If anything feels too woo woo for you, you can try to interpret it in a way that makes sense to you, or simply embrace the fact that’s too woo woo for you. Either way will work.” I was grateful and relieved that she’d said it.

Early on, the boundaries were established in a way that really resonated with me. We learned to control the way someone else touches us with the words “yes,” “no” and “maybe”. Then the teacher said something about consent I’ve never forgotten: to say no to somebody else is to say yes to yourself.

After some breathing techniques that involved synchronizing your breathing with your partner’s, we did an exercise called the Gallery, where half of the attendees stood perfectly still and completely naked, and the other half walked around them, inspecting every inch of them, examining them, and then swapping round to be examined, each time thanking the person you’d examined. This seemed to be about breaking down vulnerability. I’m not sure, but it was very intimate.

This was followed by an eye contact drill, where you approach someone and just stare into their eyes for a whole minute, maybe two. Four seconds of eye contact is the usual limit between adults for direct eye contact before it starts to feel confrontational and we look away. But, it turns out, if you break through that wall, it’s quite loving, if you allow it to be. As a former fighter, I’m used to looking in the eyes of someone who wants to kill me. It was refreshing to look into the eyes of someone who wants to love me.

Then we moved onto more sexual exercises, starting with sensation play, with one partner blindfolded . That was pretty standard, my wheelhouse really, but it was followed by the ‘contactless orgasm’ exercise. This involved the teacher instructing us all to lie in a large circle with our eyes closed, and guided us through an activity where, hopefully, we would experience an orgasm with no touching involved whatsoever, not even of yourself. It didn’t work at all for me but, to both our surprise, it worked for my girlfriend who described it as one of the most confusing and powerful orgasms of her life, as though she couldn’t identify where in her body it had come from. I’m a believer.

There were activities that were way too much for me. One of them involved a similar exercise as the contactless orgasm one, but this time we were encouraged to channel the energy of our spirit animal and orgasm in its form. I couldn’t get on board with that. The room was suddenly full of dragons and lynxes and eagles and I’m pretty sure that if I have a spirit animal, it’s probably a sloth. There was also a lot of exercises involving open chakras and allowing your partner to penetrate them. This is central to tantra, but I struggled with it. I could find no framework at all to make it work for me.

I should mention a few things that the workshop was NOT: it was not a play party. It was not an orgy. There were no hammocks from which fornicating couples watch other fornicating couples fornicate. There was no pressure. There was no judgement. I was naked and blindfolded for some time, but I didn’t have to be if I didn’t want to be. But there was sex, and there were orgasms, and there were multiple partners. Some of the later exercises were solely focused on penetrative sex. But it wasn’t like swinging or a sex party , because it was about more than the raw physicality of sex.

What Did I Learn As A Skeptic?

I came away from it feeling… reflective, and I thought about the experience for a long, long time. Am I convert? Nope. I remain a hardened skeptic of introducing spirituality into sex, but I took a lot from it anyway. Here’s what I learned as a tantric skeptic:

If you got any questions or comments, leave ‘em in the comments!

The post How To Get The Best From the Spiritual Side Without Being Spiritual appeared first on Volonté .