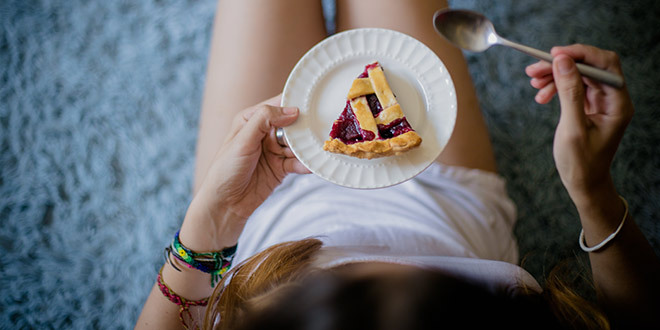 Hate Being Single? Oh, Darling… You Actually Have it All!

For ever and a day, we’ve been socialised to believe that true happiness comes when it’s shared… with a romantic partner. All romantic comedies and fairytale storybooks say so, so it has to be true, right?

But all jokes aside, our bodies are even built in such a way to support and encourage finding a mate. We emit pheromones, a chemical that attracts people to each other, and a woman’s body prepares itself for childbirth.

And when it comes to evolution, men have the capacity to experience ‘mate guarding,’ which is when he uses tactics to prevent his partner from infidelity. Basically, all signs point to courtship.

But guess what? In a massive plot twist, it turns out that it’s actually OK to be single!

It’s OK to Be Single!

As society evolves, so does the mentality that men and women are equal ! And despite the fact that we still have a long way to go, women are praised and encouraged to be independent, to make their own money, and to form their own careers. They don’t need a husband in order to have financial freedom.

There is also far less stigma against single mothers and fathers today, making the world a friendlier place for singletons to choose their own direction in life.

Men need not open their feathers and engage in jealous tactics to find their one true mate. We’re living in a culture that accepts dating around, being single, or having a partner in any capacity.

Also, statistics don’t lie! And between 1970 and 2010, the number of single people almost doubled!

The Downside of Being Afraid to Be Single

So, before we tell you why being single means that you actually already have it all, here’s a quick cheat sheet of all the reasons why it isn’t at all beneficial to fear being alone.

When you fear being alone, you’re prone to:

This surely isn’t you, is it?

18 Reasons Why Being Single Equals Having it All!

Behavioural Traits Most Common Among Singletons

1. They tend to be more optimistic

A study found that over 10,000 Australian women in their mid 70’s who had been single for the majority of their lives were more optimistic than those who were or had been married.

Five-year research showed that those who were single for prolonged periods of time were more likely to agree with statements such as, “For me, life has been a continuous process of learning, changing, and growth”.

3. They tend to be more determined and self-motivated

4. They tend to have more friends

Studies undergone in the U.S., Netherlands, Australia, and Britain showed that single people had more friends and bigger social networks (neighbours, co-workers etc.) than those who were in a relationship or married, with or without children.

5. They tend to do more to maintain relationships with friends, relatives, and co-workers

According to sociologists, Naomi Gerstem and Natalia Sarkisian , married people are more likely to invest a lot of their time towards each other as opposed to their friends and social networks.

Single people, on the other hand, are more likely to help a friend in need by giving them advice, visiting their family more often, and socialising with those close to them several times a month.

6. They tend to be more emotionally independent

Single people are less worried about and often don’t fear rejection. They’re also less prone to getting their feelings hurt as easily as those who’re in a relationship or married.

Lifestyle and Personal Life Benefits of Being Single

Have you ever wanted to go surfing in Bali for a month? Or maybe you want to explore the streets of New Delhi for a week? How about climbing one of the most beautiful mountains in Switzerland? Who’s stopping you?

To be single means no compromise on adventure, your own time, your own itinerary, and the writing of your own story. Book the flight ticket, we dare you.

If it’s climbing the corporate ladder you’re after, a promotion that comes with longer hours and extended travel is of course possible for couples , but is nothing but a breeze for singles. And if you’re looking to start all over again, being single gives you the freedom to do just that…  whenever, wherever.

Many people love to engage in passion projects as a way in which to bring more meaning to their lives. It’s also a great way to set and achieve goals.

So if your much-sought-after six-week yoga training course takes place three times a week at 20:00, you are free to do as you please without causing a disruption to anyone else’s life.

It’s already been proven that singles have a more active social life than those who’re taken, but think about it from your own perspective…

A girls night in or a lad’s weekend sounds like the perfect way to wind down and have some fun, doesn’t it? Fancy seeing a film at the cinema randomly at 24:00 with your bestie? Not a problem! And what about impromptu road trips? You definitely can’t ‘up and go’ when in a relationship!

Being in a relationship often means talking about and sharing your financial earnings with one another. It also sometimes means justifying purchases and asking permission to spend a bit more than usual. Doesn’t sound like fun, does it?

With sexuality now being more fluid than ever, now is the best time to have fun and enjoy all of your fantasies . There’s literally no one to judge you for trying new things and exploring your sexual side.

6 Other Reasons why Being Single is the Best

Imagine a world where you love watching Downton Abbey, but your partner hates it. Every Saturday night seems like an endless war over the TV remote, which often time leads to both of you sitting in separate rooms watching your own individual TV shows. Nah, not fun!

Sometimes it’s fun to be “on the right side of the wrong bed”, if you catch my drift. And even when it’s just you chilling at home, you have all the space in the world! You can sprawl out, snore, watch TV shows, or even eat pizza and drink wine until your heart’s content. Sharing a cuddle or two is fun, sure, but when it comes down to business, sleep wins all.

Having your own space is something so sacred to many. And having the freedom to bring your interior decorating vision to life is a great passion for some. Not only that, but you can leave your dirty socks on the floor… or not, without having to worry about anyone else and their things!

It’s date night and an argument brews about where to go for dinner and what film to watch at the cinema. When you’re single, you don’t need to compromise. You can do whatever you want! And while compromise is an important behavioural trait to master for all humans, being single means a hell of a lot less compromising… which is really fun.

17. Excitement of a first date

Even if you’ve been on 50 horrible first dates , you’re still more than likely to have butterflies in your stomach before your next one. It’s a beautifully awkward feeling that people love to hate, and often rears its flapping wings when meeting someone you’re intrigued about for the first time.

Some argue that a certain amount of jealousy within a relationship is normal. And while that may be true, it can be difficult for people to let go of friends that are of opposite sex due to a jealous partner. Being single however, means having as many friends as you want, regardless of gender.

So, the case has officially been solved… being single (as opposed to being in an unfilling relationship) is basically the equivalent of winning the lottery (yourself being the prize).

And if you’re fairly new to Singleton Avenue, you’ll soon learn that personal time is exactly what you need to become more powerful, more motivated, more social, and more self-confident than ever before. You deserve it.

The post Hate Being Single? Oh, Darling… You Actually Have it All! appeared first on Volonté .