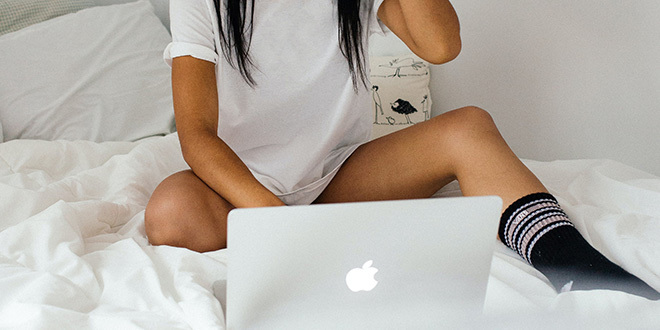 When schools closed due to fears of a contagious virus, teachers, like Mrs. Mower, began to live in front of a live video stream. They started interacting with students through live streams, chatrooms, and amateur video lessons.

As a math teacher, Mrs. Mower learned to be especially engaging, because students had more distractions in their homes than in the classroom. Roaming pets appeared on students’ screens and some students showed off their newest gadgets.

Overall though, her students did well in the virtual classroom, paying attention and asking questions. Assignments were emailed to her on time and with required scanned files showing proof of their work.

When a class finished, the students’ video feeds went dark and she was alone. Until the next class signed in, she did other work but kept on her camera in case a student had a random question. She wanted to be an easily accessible teacher.

One afternoon though, a student, Jackson Sernon, did not exit the chatroom and the video feed remained live. Mrs. Mower ignored it and worked on other tasks, grading papers, updating files and developing creative ideas for keeping basic math interesting in the age of technology.

Her dog, Baxter, barked for its daily recess in the backyard. She stood but sat again abruptly. A work-from-home lifestyle made her dress less formally and at times with fewer clothes. She only needed to be presentable from the waist up. Where the camera showed. A blouse, a necklace and earrings, eyeliner and blush. But she had to have a pair of pants within for when she was called away from her desk, like Baxter was doing, and more of herself might have appeared on the camera.

To quiet the dog, she decided against the shorts. She figured her pink briefs were hidden by her blouse. And no one was watching. Only Jackson’s stream and nothing had been on it in hours. She rushed to the door quickly, then dashed into the kitchen.

Off screen, she sipped a cup of coffee, not far from her desk. Then movement on the computer screen caught her attention. Jackson Sernon had come back. She slipped into shorts and returned to her computer.

“Hi, how’s your day going, Jackson?” she asked warmly. She expected his reply.

“I’m Jackson’s dad, Orlando.” He was frank but friendly. “He must’ve left his camera on. I assume you’re his teacher?”

A handsome man appeared on screen. “Ah, Mrs. Mower. I’ve heard of you.”

“I hope what you heard was good.” Images from all her exploits shot through her mind.

“Very good things,” he said. “I would like to visit for a parent-teacher conference in the future.”

“We can schedule that, although, these days, it may be a virtual meeting, Mr. Sernon.”

“In light of these circumstances,” he said, “I hope things are going well for you in your role as teacher. This is a world we’ve not lived in before.”

“I can say that I’ve never been on camera this much before. Live videos, vlogs, my own YouTube channel. I’ve got to be creative. I didn’t learn this teaching style in college. But I’ve invested in some new equipment to help.” She laughed lightly. “We’ll make it through. Just takes the students, you and me all working together.”

“Agreed,” he said, “and I am here to lend my support. Let me know of anything I can do for you.”

“Thank you, Orlando. Oh, I’ve got a new class signing in soon. I have to go.” She gave a quick smile and a wave.

He moved the computer aside but did not close the live stream. In view now was a dark bookshelf, a floor lamp beside a large painting in an ornate frame. Once she saw an arm enter the view briefly. Orlando was still there.

She ignored the feed as more students entered her classroom for a lesson on geometry.

In an hour the students signed out and she was left again with just hers and Jackson Sernon’s live stream. Having more tasks to do, she didn’t notice the stream.

Several hours later, Mrs. Mower called for Jackson. “Just wanted to let you know your stream is live and I need to close this meeting room.”

The response surprised her.

“Yeah, it’s me. I got focused on my work on my own laptop and left Jackson’s opened,” he said. He moved into view. “You’re a very energetic teacher. You almost made me interested in geometry.”

She interrupted him. “I will have to work harder. You’ve given me a challenge.”

“I learned how to do that in college.”

“I learned very well.” She didn’t mean to leave the message so vague, so questionable, and didn’t realize it until much later that evening.

Her workday stretched longer than typical. She had relaxed upstairs when she remembered her computer was still live. Already under the bed covers, she decided it was easier to just leave her camera streaming live downstairs.

Late that night, she left her bed without waking her husband to get a drink of water. Downstairs, she flipped on the kitchen light and reached up into the cabinet for a glass. She stood in the kitchen, sipping the water while looking over that day’s mail. Suddenly, a movement on her computer screen caught her attention. Her live stream. She jumped behind the counter to hide herself. She had left her bed in her short night shirt.

“Up late, Mrs. Mower.” It was Orlando’s smooth voice.

“Yes, again, just me. I keep forgetting Jackson leaves his computer on constantly. I need to get onto him about that.”

Feeling a little more comfortable, Mrs. Mower slipped into her desk chair, hiding her lower half and hoping the night shirt covered enough of her. “I need to scold myself for leaving my computer on too. I get lazy and don’t want to walk downstairs to shut it down. Then,” she giggled, “I get caught like this.”

“Well, I mean I get caught on camera, at midnight, wearing nearly nothing.”

Mrs. Mower knew she had said too much. “Yes, I hope you didn’t see any of me when I came by. I’d be so embarrassed if you did. What a way to ruin my reputation as a good teacher.”

“Would it be less embarrassing if I said I didn’t see any of you except a silhouette?”

Orlando grinned. “All secrets are safe with me.”

He said he only saw her form and, Mrs. Mower thought, with some of her outfits, particularly at the gym, many people had seen her shape. At least, she tried convincing herself of that.

She changed the subject.

“So, you’re still up working?”

“I have a case to present in court tomorrow. He’s a tough judge.”

He laughed. “A financial case, bankruptcy. But let that be our secret. I don’t want to disclose information on a case.”

“You didn’t reveal anything either but I still had to keep a secret.”

“But if you want a better case than business bankruptcy,” he said, leaning closer to the camera, “I can talk about a hot legal case.”

“Mr. Sernon, would that mean I have to share ‘more’ too?”

Mrs. Mower glanced down at her night shirt. She wore no bra. “I’ll have to pass for tonight. I just got out of bed.”

“I have other secrets I can share, Mrs. Mower. Little secrets, if you have little secrets.”

She giggled. “I have no ‘little’ secrets.”

“I could tell in your silhouette. What a lovely body. I had to control myself after seeing you, and, well, I’m still fighting to regain control.”

Mrs. Mower felt a prickle throughout her body. She felt her nipples tighten and grow hard. Orlando was enticing.

“Control of yourself?” she asked, prodding him. She slowly stood up in front of the camera and then let her breasts sway briefly before trapping them between her arms and squeezing. “How is your control now?”

Orlando was silent but visible in the camera. He wore a carnal grin that kept Mrs. Mower’s attention.

She released her tits and let them wobble freely. Her nipples were caressed by her shirt, and she knew, as large as they were and as thin as her night shirt was, all of her chest visible.

“Would you believe me without proof?”

“Evidence is required in my court.”

Orlando stood, darkening the image for a moment. A light turned on and in front of the camera was a pair of boxer shorts with an oblong impression against the plaid design.

“More proof, Mr. Sernon. All of your proof.” She inhaled. Breaths were hard to come by. Like catching a breath at the end of a marathon.

Her heart beat fast, the muscles throughout her body tensed. Her toes pressed hard against the floor.

Orlando hooked his thick fingers in the waistband and slid the shorts down, slowly and seductively. A trait not typical in the men Mrs. Mower knew. From a taut waist came a thick patch of dark hair and then slowly, the head of his cock.

“Damn,” she whispered, thinking only she had heard herself.

“Mm-hmm. Love it.” She released the words in her exhale.

His dick was thick, like his fingers were thick and his hands large. It was deep, dark red with intensity and stimulation. Mrs. Mower was amazed again that she could turn men on so easily.

But he raised his shorts. His covering shook her because she figured she would get to see everything happen. Most men wouldn’t stop.

Mrs. Mower leaned back, arising from her stupor. “You’re not going to stop, are you, Orlando?”

“I can’t give away my whole case without a cross-examination.”

“In my profession, the teacher gets what she wants, when she wants it, or the student risks failing her class.”

“Trust me, I will not fail your class.”

“Okay. I’ll offer this.” She tightened the shirt against her breasts, outlining their lovely, oval shape and revealing the heavy brown areolas. After letting him look, her fingers tugged at her nipples and she moaned deeply. Then she paused.

“I rest my case for tonight, Mr. Sernon,” she said. “I’ll see you in court again soon?”

She waited a moment and heard a lubed stroking. “Mr. Sernon, are you?”

She heard a hiss and a low guttural panting. Orlando was getting off.

The stroking and breathing paused for a moment while the camera adjusted. Mrs. Mower licked her lips like a little girl waiting for ice cream.

What appeared was a long shaft, capped with a heavy head glistening. A dark hand wrapped around it and began moving up and down, up and down.

He didn’t speak but kept the motion. Mrs. Mower’s body, which had prickled at the flirting earlier, now ruptured into mighty pulsations and overloads of sensuous desires, even bodily demands.

She leaned forward and let her hard nipples rub her against her desk, while her fingers sneaked past the elastic band of her panties to play.

Orlando continued to stroke himself, nearing his peak, as the speed increased and the tension appeared on his other hand that gripped his desk.

After a moment, having regained himself, Orlando agreed. “I want an amazing show from you.”

“You are due for more than a show. I owe you a parent-teacher conference.”