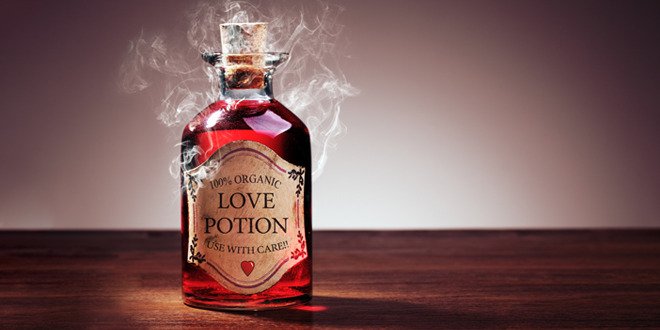 Do Aphrodisiacs Really Exist? We Did the Research…

Has someone caught your eye? Or maybe your loins are burning with desire when it comes to that cute barrister that serves you your morning coffee? Sure, maybe it wasn’t love at first sight, but there is another way that you can capture the heart and private parts of the person you’re pining after… or is there?

Aphrodisiacs: Exotic Ingredients or a Fairytale?

Aphrodisiacs are substances that are said to increase sexual desire, pleasure, or behaviour, and come in a variety of natural and unnatural substances, like plants, spices, foods, and chemicals.

In fact, aphrodisiacs come in three different categories. Depending on what you’re looking for, there are substances that allegedly increase libido, potency, or sexual pleasure.

The History of Aphrodisiacs

The word, ‘aphrodisiac’, comes from the Greek word, ‘aphrodisiakon’, which pertains to Aphrodite, the Greek god of love. And for centuries, ancient civilisations like the Chinese, Indian, Egyptian, Roman, and Greek, believed that eating or drinking a certain item would have the power to enhance sexual experiences.

This was brought about due to societal pressure to have large families. Men who were infertile, had low libidos or erectile dysfunction , were seen as failures, and thus they turned to aphrodisiacs in an attempt to gain sexual stamina.

In some cultures during the medieval times, aphrodisiacs such as basil, vanilla, mint, and ginger were actually banned because they were often used in the creation of love potions.

Whether these substances worked or not, the idea behind them was passed down generation to generation, and even poems were written about these special performance enhancers.

When it comes to aphrodisiacs, various countries or regions have their own special remedy.

In many Arab cultures, Ambrien, aka the sperm of a whale, is used as a sexual enhancer. This is because it is said to increase testosterone in animals, and thus it was assumed it would have the same effect in humans (there isn’t enough research to prove this however).

In West India and Chinese cultures, the skin and glands of the Bufo toad is used, and is referred to as the “Love Stone”.

In West Africa, Yohimbine, which is found in the bark of yohim trees, is boiled and drank in hopes of increasing sexual desire. This concoction has actually been given the nod of approval from the FDA (Food and Drug Administration), because of its active ingredient, indole alkaloid. This chemical structure has an adrenergic receptor blocker which has a positive effect on penile tissue, helping men with erectile dysfunction.

In Korea, ginseng (more specifically, red ginseng) has been said to improve sexual behaviour. Red ginseng is cut, dried, and steamed upon reaching the age of six.

While some of the above mentioned ingredients are still used in various cultures today, there are more modern and easier-to-consume items that are commonly associated with sexual desire .

Alcohol, for example, has shown to display a love-hate relationship when it comes to the elusive aphrodisiac effect.

For one, it’s a central nervous system depressant which can lower one’s inhibitions, making them more susceptible to sexual desire and activity. On the other hand, drinking in excess has shown to cause sexual dysfunction.

In Jamaica and the Philippines however, eating dishes made of animal genitalia is their way of taking on the animal’s properties.

Today, a wide range of illegal drugs are said to have aphrodisiac properties. The popular party drug, ecstasy and MDMA for example, may give the user a feeling of increased sexual desire. Adversely, it’s been said that it can cause erectile dysfunction.

Poppers too are linked to sexual pleasure, but its negative side effects (headaches, nausea) arguably outweigh its sexual enhancement properties.

Methamphetamines have the ability to cause frequent erections, an increased libido, and hypersexuality. But for some, prolonged erections are a side effect.

Long are the days of love potion! Today, pharmaceutical companies are bringing in the big bucks with designer aphrodisiacs. The most common, Viagra.

This little blue pill works by relaxing the muscles in the walls of blood vessels, causing the arteries in the penis to dilate. This results in generous blood flow to the area. For that reason, it has proven to be an effective medication for erectile dysfunction. It’s also proven to be a safe drug when used in moderation.

But while Viagra helps men to achieve and maintain an erection, it isn’t an aphrodisiac. An aphrodisiac is something that arouses by creating desire. In the case of men, if there is no desire, the Viagra pill won’t be effective. It only works as a mechanical process (to be more precise: it raises the penis, nothing else).

For women, it is a different story however. Pharmaceutical companies have invented testosterone patches, known as the “female Viagra” for those who have very little sexual desire. These patches are an effective solution for women, especially during menopause, or when they have undergone a hysterectomy.

They work in a completely different way to Viagra for men, though, as it directly affects the female brain to help recover “lost” desire. Nothing is mechanical, as in the case of men.

And as medicine progresses, a discovery was presented at the Sexual Medicine Congress in Lyon, France. This discovery found that an antidepressant, Addyi (formerly known as Flibanserin) was proven to be ineffective in treating depression, but had a positive effect on the female libido without the negative side effects of female Viagra. Addyi is a long term medication, and is taken once a day in the evening.

Another drug used for women with low libidos is Bremelanotide, which is an injection given in the belly or thigh 45 minutes before sex. The shot lasts for 24 hours, and it’s recommended not to exceed eight shots per month.

Both Addyi and Bremelanotide work by giving a woman’s neurotransmitters a boost, increasing levels of arousal. These drugs don’t enhance the sexual experience, but rather assist women in experiencing heightened sexual excitement.

While there is a ton of information available about aphrodisiacs, such as where they come from, specific ingredients, and how they allegedly work, the majority of these claims have not been scientifically proven. For that reason, it’s safe to say that aphrodisiacs don’t actually exist. In fact, the only real truth about them is the belief that they exist.

In fact, the closest form of aphrodisiac known today is chocolate, as it contains the chemical phenyl ethylamine (PEA). PEA stimulates the central nervous system and is said to arouse emotions. To claim that chocolate actually brings about sexual arousal however is impossible, as this delicious treat does not contain enough PEA to bring about any changes in our emotions.

Interestingly, while aphrodisiacs in the form of food have not yet been confirmed by science, the act of eating itself can be a sexual enhancement. That is because eating can suggest sex to the mind, which can then stimulate sexual desire in the body.

Additionally, foods that are smooth, rich, creamy, exotic, or spicy are considered ‘sexier’ than other food qualities, making a dish that fits one or more of those qualities suitable date night material.

You could also appeal to one’s sense of smell by baking chocolate chip cookies, bread, or apple pie, as these smells are often associated with pleasurable past experiences. A study even found that men respond more to the scent of baked cinnamon buns than any perfume (and banana nut bread, licorice candy, and cucumber were a hit for women).

With that, the case is officially closed. There’s simply no need to ingest whale semen, genitals of animals, or other strange concoctions in order to get in the mood, period.

The post Do Aphrodisiacs Really Exist? We Did the Research… appeared first on Volonté .