You’ve heard about them for months and now they’re finally here: The LELO F1s SexTech devices! Currently available as the LELO F1s Developer’s Kit RED and the F1s Prototype , they’re finally popping up on review sites and the consensus is that they more than deliver their promised pleasures and that their potential for pushing sex toy technology ahead is endlessly exciting.

In addition to their deep sonic sensations, the F1s series features advanced sensors and includes an app you can use to track your sexual stamina and performance. You can also set your own pleasure patterns, but if you’re technically savvy, you can program the F1s Developer’s Kit RED to do whatever you want. In the near future, expect to see new programs and applications available on the F1s’ included app as developer’s tinker with this new tech.

If your head is already swimming with possibilities, get some more ideas when you read what some advance reviewers have had to say! 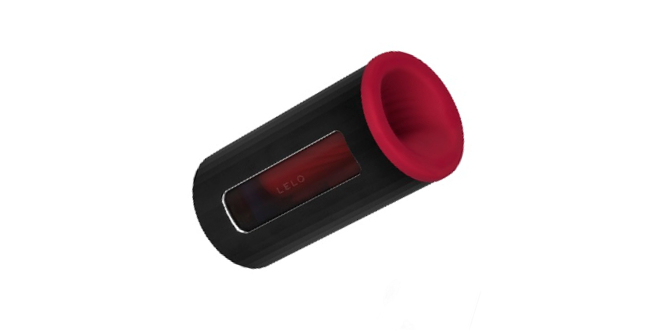 The fact that I’ve been able to tamper with the app itself to develop my own settings and routine is downright criminal. Those silky ridges throughout the supple canal, the ultra-precise sensors, the Cruise Control, and that fucking peeper window – an amalgamation of features that will (most likely) soon become the standard by which all other sex toy manufacturers measure themselves.”

LELO F1s Developer Kit Review: The Most Advanced Male Toy Ever Made?

The 360-degree Sensonic waves feel so silky smooth as they wash over you, flawlessly engulfing you and pulling out your orgasm from deep down within you. Seriously, you will be surprised that the human body can feel these sensations.

The ridges on the inside, gently caressing you with every stroke, and the precise sensors that feel like they were made just for you, along with the Cruise control function and the little window you can watch all the action through, all work together to make you feel like the king of the world for a few fantastic minutes.

You will thank all the gods for this wonderful invention, and marvel at the wonderful times we are living in.”

“This toy is LELO’s next big breakthrough in automatic male sex toys. SenSonic

technology underpins this toy which, when used with the app (or developer’s features) offers sonic vibrations (as opposed to your typical kind) in order to deliver a variety of settings which never dull in power nor potency.”

“Along with the toy, LELO is also offering a freely available Software Developer’s Kit, which will allow developers to control and export the readings from the device’s 10 sensors and to help the company build the perfect sex toy app.”

“This high-tech piece of mechanized art operates with such precision and control that it warrants the question: Does the F1s have a soul? It packs such a delicious punch to the penis that I’m struggling to find the words. Put simply, it is an anatomically acquainted piece of aluminum and silicone that makes you second guess your current relationship status.”

“Unlike other similarly shaped men’s toys, the F1s has sensors that lets devs use the data to create new features, controls and track performance – and then, of course, there’s the vibrations for sexual enjoyment.”

The F1s Developer’s Kit by LELO

“It’s designed to encourage the nerve endings in our cocks to wake the #^@& up. How does some 360-degree stimulation sound? Oh, and it’s called a “Developer’s Kit” for a very good reason: this thing let’s us customize our meat-beating with more precision than anything else I’ve ever seen.”

If you’ve been lucky enough to try out the LELO F1s Developer’s Kit RED or the LELO F1s Prototype, let us know your thoughts about them in the comments below!