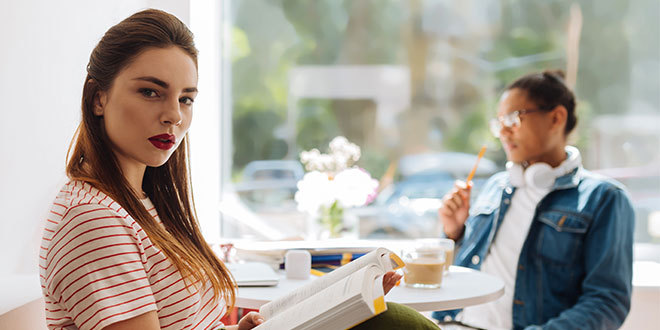 I Found My Housemate’s Sex Toys In The Living Room – What Do I Do?

The following question came to my attention recently. It takes a little deconstruction.

I just moved into a new shared house on a six-month contract with another girl. On my first day, there was a sex toy on the coffee table in the living room. I don’t know her very well yet, but if I’m going to be here for six months, I’d like to feel comfortable and hygienic. What do I do?

We are a strange species, aren’t we? No other mammal has to deal with this kind of thing. There’s never going to be a moment when one rabbit has to call a house meeting to say something like ‘dude you HAVE TO stop leaving your butt plugs on the coffee table.’

For something like that, on the fringes of what we might deem ‘extreme,’ it’s probably best to confront the issue right out… but, sympathetically.

If it’s something more innocent, then perhaps you don’t necessarily need to raise it with your housemate straight away. It’s likely that it was just an oversight: she may have left it out purely by accident and when she realises, she’s likely to be extra diligent about stowing her sex toys in future, in an effort to prevent embarrassment to both of you. She probably isn’t used to having someone in her space, and it might take her a little while to adjust and censor herself more effectively.

Having both found a housemate’s sex toys and left sex toys out myself, I’ve found a discretionary strike system is effective. If it happens once, there’s no real harm done. Twice is unusual, and three times necessitates an intervention.

But right now, we all have boundaries as individuals, and those boundaries vary from person to person. While it’s important to respect your housemate’s freedom to use sex toys, she also has to respect the fact that it might make you uncomfortable if she’s doing it in communal areas of the house.

The post I Found My Housemate’s Sex Toys In The Living Room – What Do I Do? appeared first on Volonté .