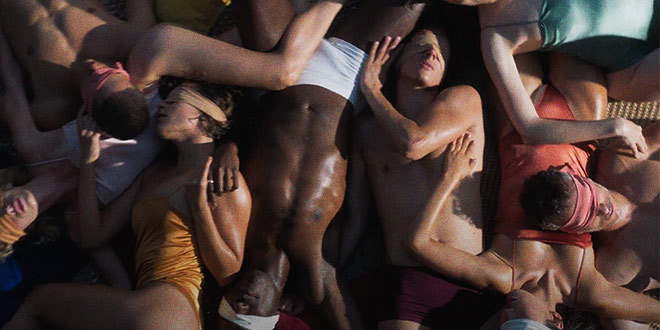 How Gender Stereotyping Hurts Us All

Humans aren’t good at interpreting big numbers and large datasets. Our minds don’t compute large, diverse data sets on an individual basis. What we do, with everything, is group them together, and segment things, to make them easier to process on larger scales. We do it all the time, it’s how we’ve evolved to be able to understand large commodities of things.

Think about math. If I ask you what five plus five is, you’ll be able to consider each of those numbers individually and reply that the answer is ten, because these are low numbers that don’t requires segmentation, because we’re inherently comfortable, and able to visualise, that amount. Now, if I ask you what five hundred and six plus five hundred and four is, you’ll likely add five hundred to itself, and then add the four and the six together, then add it to the thousand for the total. Without any conscious input whatsoever, your mind has broken down a multitude of individuals and recategorized it to make it manageable. That’s what stereotyping is.

Now imagine I take you to a car showroom, in which all of the cars are red. It’s the first time you’ve ever seen cars. Without enough data, you would be forgiven for believing that a car is a red, metal thing with an engine and four wheels. That’s a very limited stereotype of cars in general. Over time, and with refinement, you’ll learn that cars can be other colours, but your identification of cars will slowly amend itself to cover more simply, a metal thing with an engine of four wheels. But that might still not be completely accurate in every case. But, it’s not possible to consider every case all at one. Our brains aren’t networked that way. We develop a stereotype and tend to stick with it, allowing only for minor variations. That’s how we’re able to engage with the world without it being overwhelming: we simplify, and generalise.

Stereotyping is generally harmless, and automatic. It’s a coping mechanism, a way of processing an otherwise infinite amount of information. When you’re dealing with something like cars, few people are going to be offended by your stereotype. But when you’re dealing with something as personal and intrinsic as gender, stereotyping can become dangerous.

Gender stereotypes are generalized beliefs about the qualities of women/girls as a group and men/boys as a group. They often take the form of beliefs about gender differences in personality and abilities. For example, we tend to think of women, particularly heterosexual women, with “communal” traits, such as being helpful, nurturing, compassionate, and emotional. Heterosexual men are seen as “agentic” – assertive, dominant, competitive, decisive. Any time an individual from either of these groups steps outside the stereotype, it challenges the stereotype itself.

Research indicates that gender stereotypes are inextricably linked to gender inequalities in power and work. This is demonstrably true. When people associate the qualities associated with leadership more with men than women, then it’s less likely women will be chosen for positions of power. This is the nature of the glass ceiling. Where do nonbinary genders fall onto this framework? For many decision-makers, the simple fact that nonbinary genders exist is hard to comprehend, being entirely new to their existence, and therefore they’re likely unable to even form a stereotype. This difficulty in classifying nonbinary gendered people in a way that they understand, that conforms to their existing social conception, is probably quite scary.

Gender stereotypes often become prescriptions for what we’re supposed to like, be good at, and be attracted to. That’s when gender stereotypes stop being stereotypes and become gender norms. It governs the way we. Many of us conform to these norms without thinking, because they affirm and reinforce the way we identify without contradiction or complication. But for many others, conforming to gender norms comes at a price. For instance, conforming to traditional masculine gender norms without necessarily identifying with them can cause an internal dissonance with negative mental health outcomes. When these gender norms are violated, so the individual conforms externally to how they identify internally, but that external projection conflicts with traditional gender stereotypes, those individuals can be subject to social rejection and ostracization, simply because they threaten our ability to easily categorise and segment the world.

People who transcend gender stereotypes commonly experience anxiety and depression as a result of their inability to conform to a perception of “femininity” or “masculinity”, and because they don’t fall comfortably into one segment or another, and since society as a whole is unwilling to add another segment to their categorical understanding, these people fall through the gaps. When race is added to the equation, the traditional categories strain even harder against their ability to comprehend individual variations.

Everyone is damaged in this situation. Those that don’t easily conform to conventional gender stereotypes suffer the most, and those from that group that are members of ethnic minorities perhaps suffer most. But those that impose and perpetuate the existing stereotypes – those that ascribe to heteronormative binary genders – also suffer from their inflexibility. They grow increasingly hostile to the changing landscape, and as a result of their perceived sense of growing powerless, they’re equally susceptible to the damage wrought by mental health issues.

In short, no one is winning. As long as stereotypes remain rigid, and until room is permitted to understand the subtleties and complexities of gender, we’re all hurt victims of our own frameworks.

The post How Gender Stereotyping Hurts Us All appeared first on Volonté .