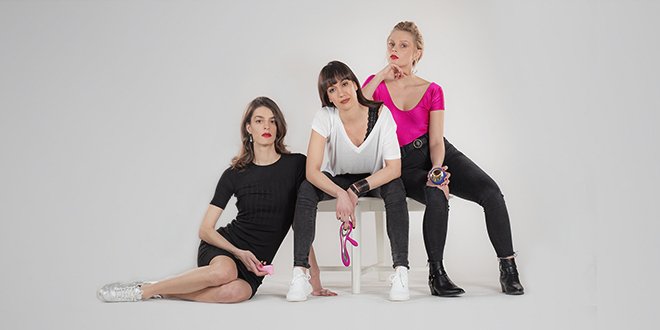 Happy International Women’s Day from LELO to You!

The very first Women’s Day was celebrated in New York in 1909, but it was after women’s suffrage was won in Russia in 1917 that March 8th became the day to celebrate. It slowly spread around the world as part of a worker-specific holiday, until the UN adopted it in 1975.

Today, International Women’s Day is celebrated around the world, with many women in Asia and Europe having the day off work – which gives a stark look at what it would be like without women in the workplace! It can be a day of protest, but also a day celebrating womanhood, for every woman!

We womenfolk have certainly made a lot of strides since winning the right to vote, but that doesn’t mean our equality work is done.  Gender imbalance, which can affect certain industries and public spheres reinforces the idea that women don’t belong some places, and that includes the idea that some jobs are just ‘better for women to do,’ which negatively affects men as well. That’s why the theme for Women’s Day 2020 is “I am Generation Equality: Realizing Women’s Rights. ”

Since 1909, this holiday has sought to celebrate respect, appreciation and love towards women, as well as women’s economic, political, and social achievements. Below we highlight some of women who truly #MakeItHappen . 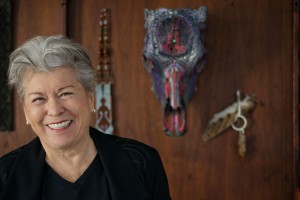 “If you go out to dinner with someone, you find out what they prefer in food. We ought to be able to have a conversation to find out what people prefer when it comes to sex.” 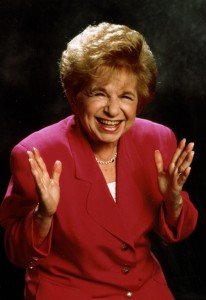 “When it comes to sex, the most important six inches are the ones between the ears.”

Ruth Westheimer may not need much introduction for many, but the famous host of radio and TV show Sexually Speaking certainly has a colorful past. Born in Germany, she escaped the Holocaust to Switzerland, and later immigrated to Israel. She recalls that at 17, she lost her virginity “on a starry night, in a haystack without contraception .” Studying and teaching psychology in France, she divorced her first husband in 1955 and moved to the U.S where she obtained her Masters degree in Sociology, a PHD in Education and studied human sexuality at the New York Hospital-Cornell University Medical Center.

She worked with Planned Parenthood 1967 to 1970 which she says ultimately resulted in her doctoral dissertation at Columbia University’s Teachers College. After giving a particularly passionate lecture about the need for sex ed . programming, was offered a 15-minute radio show to do just that. The show was immensely popular and had a quarter of a million listeners every week. Since then, she has had a syndicated TV program, and authored several books, including Sex for Dummies . 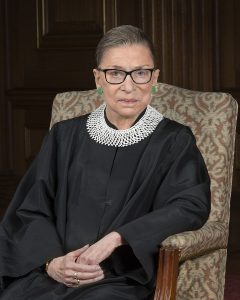 “If you’re going to change things, you have to be with the people who hold the levers.”

Serving the Supreme Court since 1993, Justice Ruth Ginsburg began her path into law as 1 of 9 women in a class of 500 at Harvard. Her husband, also a law student, was diagnosed with testicular cancer soon after the birth of their daughter, and Ginsburg helped type his papers, cared for both her daughter and ill husband, while accomplishing the honor of making the Harvard Law review. She later taught at Rutgers where she co-founded a law journal focusing exclusively on women’s rights.

As the second women to ever sit on the Supreme Court, Justice Ginsburg admits that ‘at the end of the day, a wise old man and wise old woman will reach the same judgment,’ but has nevertheless brought unique viewpoint to several rulings. She is not afraid of dissenting, nor taking on large corporations. She has ruled in past to protect equal access to education at military college, and even took on Walmart in a sex-discrimination case in 2011. 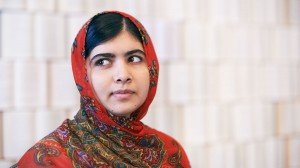 “We realize the importance of our voices only when we are silenced.”

Just 17 years old, there are few who have not heard that Malala Yousafzai is the youngest person to ever win a Nobel Prize. Yousafzai has been an activist for women and education in her home country of Pakistan, where Taliban had made girls attending school illegal when Yousafzai was young.

It started with a blog she started at the age of 12 about living under Taliban rule for the BBC. She gained fame for this and the interviews she gave, but in 2012 was the victim of an assassination attempt that left her unconscious for days. She has written a memoir, and continues to speak internationally about equal access to education. 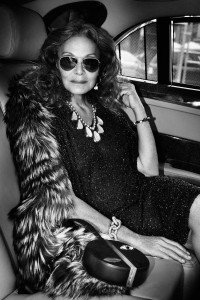 Diane Von Furstenberg is well deserving of her Fashion Designers of America Lifetime Achievement award. She is the woman who invented the wrap dress in 1974!

While briefly married to a prince, Von Furstenberg says “The minute I knew I was about to be [the prince’s] wife, I decided to have a career. I wanted to be someone of my own, and not just a plain little girl who got married beyond her desserts.”

With an original investment of $30,000, she has risen to the top of the industry, and is currently the 68th most powerful woman on the Forbes list. In 2010, she created the DVF Awards, which presents $50,000 annually to four women who display leadership, strength, and courage in their commitment to women’s causes.

Whether you are showing love to your fellow sisterhood or making love to yourself this Women’s Day,  get excited and be proud of the wonderful strides we’ve made! This isn’t the beginning and it’s certainly not the end!

The post Happy International Women’s Day from LELO to You! appeared first on Volonté .