Defining Intersexuality And What Else We Should Know About It

I’m 25 years old, and I grew up thinking there were two types of sexes: male and female. I didn’t learn about what being intersex was in high school, and I didn’t really learn about it in college either.

At the time, I identified as a cisgendered woman (and still am) with a sexual preference for both men and women, but I had no idea that there existed a variety of other sexual expressions. Almost 2% of people have either hormones , chromosomes or physical anatomy that varies somewhere between what has been categorized as male and female. Which is why it’s called intersex — it is not a third sex, but rather encompasses a variety of sexual expressions in between what we know to be male and female.

What’s interesting is that doctors don’t even know where the line between intersex and “non-intersex” is, suggesting that perhaps there really is no line — only stronger and weaker expressions of male and female characteristics.

One example is a person who’s born with both male and female genitals. At birth, it’s very apparent and more often then not they’re forced into surgery to pick the sex that the doctors or parents feel is the right choice, usually depending on which sexual expression is the strongest, or which physical anatomy is the most functional. Sometimes, both male and female characteristics are expressed strongly, sometimes weakly and sometimes one stronger than the other. 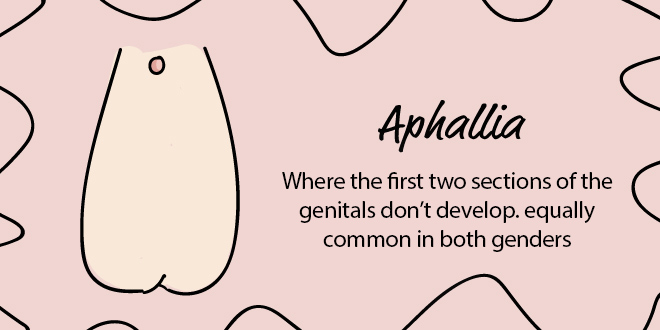 Another example is someone who’s grown up with female anatomy, but when puberty hits, expressions of male characteristics start to show up. There are even some people that never find out that they are intersex.

If you look at it this way, every single person expresses male and female expressions in stronger and weaker ways. People who identify as female still have male hormones like testosterone, and women who have higher levels tend to develop more body hair, have an enlarged clitoris and have a deeper voice. And people who identify as male still have female hormones like estrogen, and those who have higher levels tend to develop breast tissue and may have trouble getting erect. 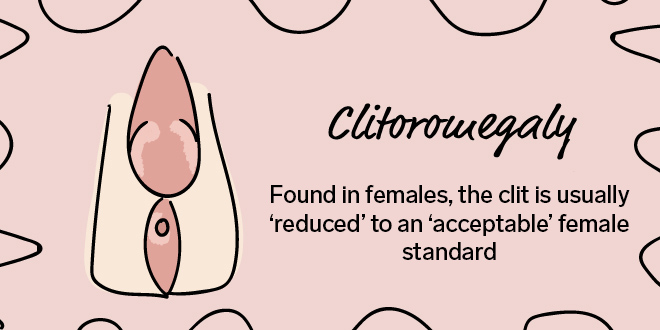 I feel it’s important to be able to see what the other sexual expressions look like. We spend so much time seeing male and female parts that it’s no wonder we disregard any other form of sexual anatomy as potential partners. It’s hard to imagine having a partner who’s parts you wouldn’t even know how to touch. It’s scary enough for young people to be intimate for the first time, but at least cisgendered partners have access to learning about their partner’s sexual anatomy. If we had access to that kind of information about intersex people, it would not only demystify the topic, but it would open people up the idea of having an intersex partner.

A few years ago, I thought my sexual preference was for males and females . After having access to this information, I realize that there are so many different sexual makeups and I would be open to any of them. All it took was access to education, that’s it. I’m not saying that this would be the case for every single person, but it would certainly open up the opportunity for many people to explore that part of themselves.

Here are some other important things to know:

Since intersex people have the anatomy of both male and female, they don’t always feel like the gender that was assigned to them at birth. Some feel the other gender more strongly and some choose to not conform to any gender at all. This can be called gender non-conforming or gender fluid. In these cases, they choose to be referred to by gender neutral pronouns like they/them/their or xe, xem, xeir pronounced and sometimes written as ze/zem/zeir. 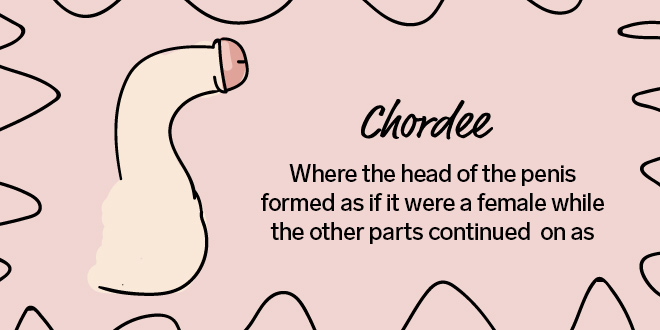 Sex is possible for intersex people.

No matter what genital expression one has, sex and intimacy is possible in many different ways. 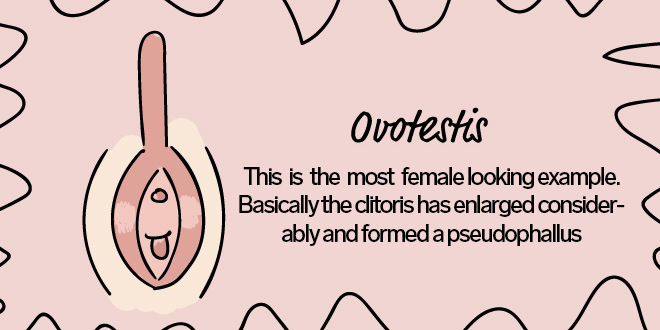 Are there any intersex-inclusive sex toys? 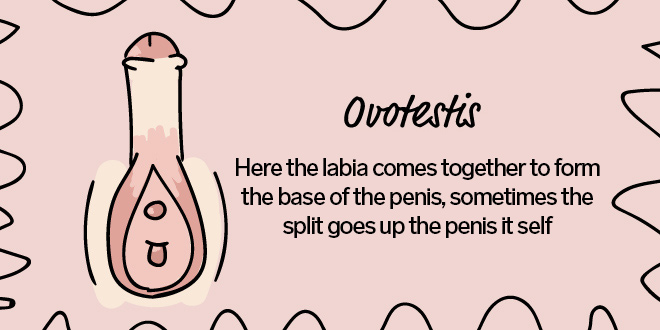 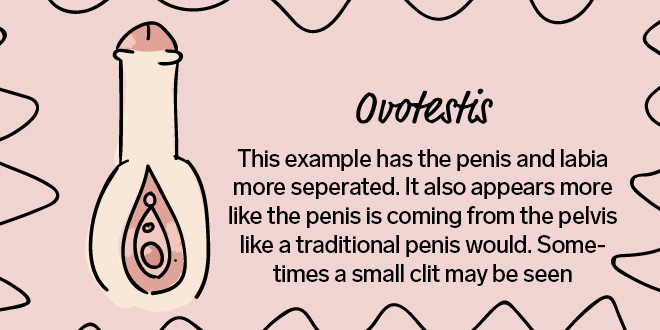 How is sexual health different for intersex people?

For intersex people, getting good medical care can be very difficult. They can be faced with verbal harassment or denial of care, but even when they are offered care, the healthcare practitioners are often highly misinformed about how to properly care for them. Barely any research has been done besides how to “normalize” them to fit into male or female standards. Whereas most of us can have answers about our bodies at any doctor’s office, or even just by googling it, intersex people have a really hard time getting clear answers that are free of judgement or shaming. 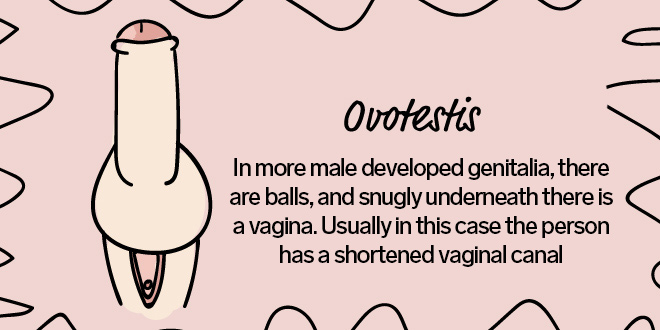 I feel that the ignorance and intentional withholding of information coming from institutions like healthcare and educational systems rob intersex people of safe healthcare and a comfortable life, as well as robbing all of us — intersex identifying or otherwise — of having relationships with one another. 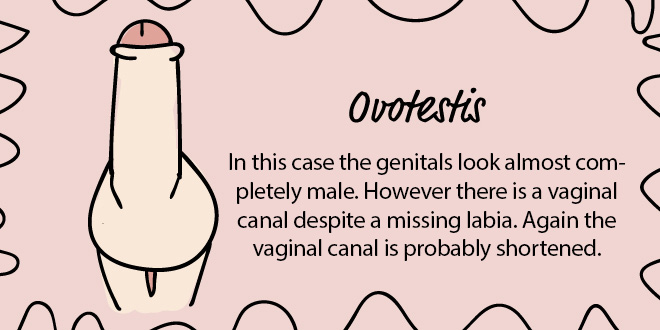 Knowing about the variety of sexual anatomies that exist can open up our minds to the normality of variety, and perhaps more people will be open to exploring a partnership with an intersex person just as people are exploring with same-sex partners and polyamory. What was once taboo is now becoming common, and we need to include intersexuality into our sex education so that it, too can become the norm that it realistically is.

*I’m writing this article to allow others to broaden their understanding about intersexuality. If I’ve written something that seems incorrect or if you feel I’ve left something out, please write to me in the comments and I will do my best to address it.

The post Defining Intersexuality And What Else We Should Know About It appeared first on Volonté .

Intimate Tickles found this article quite interested, and we thought you might to. We give all the credit for this article to Jesabel DC. Click Here To Read This Article From It's Original Source