How Does ADHD Affect Your Sex Life?

This article was scientifically fact-checked and written by Social Psychologist Dr. Justin Lehmiller.

What’s the first image that comes to mind when you hear the term “attention deficit hyperactivity disorder” (ADHD)? Odds are, you’re probably imagining a kid who is hyperactive or has trouble focusing in school. However, ADHD isn’t just for kids—it affects adults, too. And it has a number of important implications for their everyday lives, including their intimate lives.

It is estimated that 4-5% of the adult population has ADHD, or about 1 in 20 people. In other words, it’s not a rare occurrence, and this means that a lot of people are going to wind up dating or being in relationships with a partner who has it. So what is the impact of ADHD on sexual and romantic relationships?

Unfortunately, this is a topic that hasn’t received much research attention; however, psychologist Ari Tuckman recently conducted a large scientific survey on this subject, the results of which he published in a book titled “ADHD After Dark.”

Tuckman surveyed more than 3,000 adults who were in a relationship in which one partner has ADHD and the results tell us a lot about some of the unique challenges these couples face, as well as how to deal with them. Here are some of the key findings he found.

Adults with ADHD Tend to Have Higher Sex Drives

So what does this mean for the relationship? As Tuckman told me in an interview, “it can be a double-edged sword.” On the one hand, it can potentially be a source of strength to have a partner with high libido who desires a varied sex life. We know that in long-term relationships, sex and sexual satisfaction tend to decline over time , so having a partner who doesn’t let sex move to the back burner and is willing to trying different things could help to keep the passion alive.

On the other hand, though, this could also potentially lead to a sexual desire discrepancy . If the partners are really far apart in how much and what kind of sex they want in general, this might result in conflict.

This issue is compounded by the fact that the non-ADHD partners sometimes have lower sexual desire to begin with stemming from other conflicts in the relationship. People with ADHD often have issues with time management. For example, they might forget to do things or fail to complete their fair share of work around the house, which can lead to stress, resentment, and conflict. This can end up putting a big damper on desire for the non-ADHD partner, thereby creating an even wider gulf between them in the bedroom.

People with ADHD are More Likely to Have Committed Infidelity

The survey also found that adults with ADHD—both men and women—were more likely to say they had previously committed infidelity . This was true regardless of whether it was emotional infidelity or physical/sexual infidelity.

This may stem from the fact that those with ADHD tend to have higher sex drives in general and also tend to make more impulsive decisions. However, this isn’t to say that someone with ADHD can’t be monogamous or that they’re necessarily bound to cheat. Let’s be clear: that’s not true at all! In fact, most people with ADHD in this study had not cheated before.

So, while ADHD is linked to higher rates of cheating, it’s far from a foregone conclusion that they will cheat.

People with ADHD are More Interested in Consensual Non-Monogamy

Lastly, those with ADHD reported more interest in being in some type of sexually open relationship , as well as more past experience with these kinds of relationships. Again, this makes sense in terms of their heightened interest in sex and sexual variety.

However, it’s not clear whether persons with ADHD are more well-suited to non-monogamous relationships. Going back to the “double-edged sword” discussed above, those with ADHD have higher sex drives and are more likely to have cheated, which would suggest that being in an open relationship might be ideal for meeting their sexual wants and needs.

Research tells us that ADHD has important implications for a couple’s sex life when one partner has this disorder and the other does not. However, this does not mean these relationships can’t be successful.

It’s important to keep in mind that ADHD is underdiagnosed in adults—many people have it but aren’t being treated for it. According to Tuckman, this is when sex and relationship problems are likely to be the most serious. So the first step is seeking help if you think you or your partner might have it.

From there, it’s really a matter of how much effort both of you are willing to put into the relationship. The more that you’re willing to work together to come up with productive solutions to sexual and other disagreements, the happier you’re both likely to be in the end. 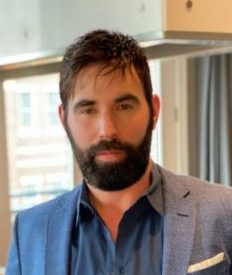 Dr. Justin Lehmiller is a social psychologist and Research Fellow at The Kinsey Institute. He is an award-winning educator, having been honored three times with the Certificate of Teaching Excellence from Harvard University, where he taught for several years. Dr. Lehmiller has published more than 50 academic works, including a textbook titled The Psychology of Human Sexuality that is used in college classrooms around the world. He helps people maintain healthy intimate lives through science-based, sex-positive education via his Sex and Psychology blog, workshops, and frequent media appearances.

The post How Does ADHD Affect Your Sex Life? appeared first on Volonté .

Intimate Tickles found this article quite interested, and we thought you might to. We give all the credit for this article to Justin Lehmiller. Click Here To Read This Article From It's Original Source

← Mindful Sex: What, Why and How with Sex Therapist Casey Tanner
Non-Ejaculatory Orgasm: What Is It, The Benefits And How To Achieve It →