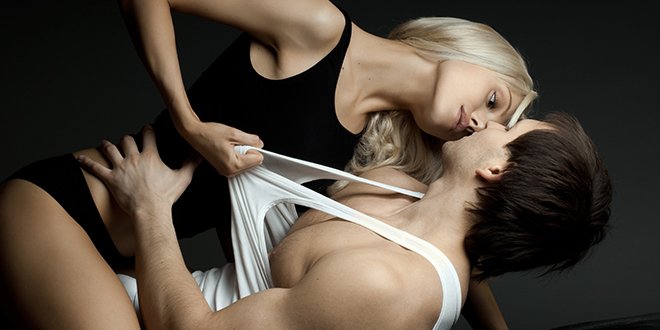 It was time to put her plan into action, after all it was her turn now…

Starting with her outfit, Sarah dressed in a leather bustier with a handy side zipper for easy removal when the time came and a pair of knee-high stiletto leather boots completed it, panties she decided weren’t necessary. She knew what excited her husband, what would make him literally cream his pants. Sarah chuckled to herself, not that he could cream his pants until she gave him permission!

Sarah looked at the package that arrived in the mail just yesterday. She hadn’t opened it then deciding to wait until today when she planned to use it.

Unwrapping the box and admiring the prostate massager she had just purchased to use on her husband, she shivered at the thought of the pleasurable torture she was about to provide him. Laying it on the bed alongside a bottle of lube she turned and grabbed her crop before going to find him elsewhere in the house.

Sarah didn’t have to look far as she found Daniel in the living room stretched out on the couch working on a crossword. He hadn’t noticed her yet, and she took a moment to admire him. Even dressed casually as he was in a pair of lounge pants and a t-shirt, he was devastatingly sexy, and she couldn’t wait to make him come undone.

Stepping away from the wall and into view, Sarah declared, “Switch!”

And oh, how she loved this part, watching his submission was a thing of beauty. Daniel immediately raised his head to her; she watched his pupils dilate as he took her in. His breath quickened as he put the crossword down and stood before her.

“Strip,” she commanded next.

The t-shirt and lounge pants were folded and placed on the couch, in moments he stood naked before her; his cock hardening and pressing up towards his belly.

Despite his height and muscular frame, he slid gracefully to his knees, palms on his thighs and his gaze lowered.

It was then that Sarah walked towards him. When her boots came into view, he lowered himself until his lips touched the top of her leather covered foot. “Mistress…”

Sarah placed the tip of her crop under his chin once his lips had left her boot. She raised his head with it, so his eyes met hers and said, “oh pet the things I have instore for you today… the orgasm I intend gift you…”

His heavy cock jumped at her words.

“Now up and follow me, eyes on my glorious ass.” She turned with one last sultry glance and headed back towards the bedroom, her hips swaying as she went.

She heard, “Where else would my eyes be Mistress.” Followed by his footsteps.

When they arrived back in the bedroom Sarah stopped by the end of the bed and turned to face him. “Lay your upper body on the bed, hands extended above your head with your palms flat. Present your ass for me pet.”

“Yes Mistress,” as he quickly followed her instruction.

When he was in position, she told him to turn his head to the side and admire the present she got for him.

“Do you know what it is?” She asked as she ran the nails of her free hand down his back.

“I assume something that is going in my ass,” he replied with just a hint of sarcasm that he knew would result in – he grunted – as the sting of Sarah’s crop landed across his ass cheeks a moment later.

“Is that any way to answer me pet?”

“No Mistress, forgive me Mistress.”

Sarah ran her fingers over the red line rising across Daniel’s skin. “This was supposed to be a pleasurable session but if you would like me to change it to one of punishment that can be arranged too.”

“I want whatever you desire to give me Mistress,” he replied between panting breaths.

“That’s a better answer pet. Now bring your hands back here and hold your cheeks apart, I want to look at what’s mine.”

He did as he was asked, sliding his hands from above his head, he brought them back to hold his cheeks open.

Daniel started to moan and squirm until Sarah struck the back of his thigh with the crop and demanded he be still while she continued to explore and drive him wild.

He watched as she grabbed the lube and covered her fingers. “Time to get you ready pet.”

“Yes Mistress,” he whispered along her thighs as she lowered her cunt to his face and pushed the button on the remote control…

Later, Daniel nuzzled Sarah’s neck and grazed his teeth where it met her collarbone causing her to arch and push her ass into his growing erection. “That was amazing,” he said pressing his cock against her even more. His hot breath tickled her ear, but her eyes popped open when he growled, “Now Switch!”

Intimate Tickles found this article quite interested, and we thought you might to. We give all the credit for this article to K.C. Ford. Click Here To Read This Article From It's Original Source

← Bachelor Party Gift Ideas for Him that are Sexy AF
LGBTQ&A: Exploring Your Bicuriosity →