HEX™ Condoms Under The Microscope

Let’s not beat around the bush… using condoms is not exactly the most favourable thing in the world. Millions of people worldwide find that using a condom can reduce sensation , and is just, well, a drag.

So, instead of bashing this magical invention, let’s celebrate it by taking a look at LELO’s HEX

condoms . They’re basically the cream of the crop when it comes to protection!

But first, let’s take a look at some interesting facts and statistics that’ll give you a bit of insight into condoms, and why they’re so important.

The Male Condom vs. The Female Condom

This makes the male condom a safer choice in terms of protection.

Why Are Condoms Important?

People all over the world engage in sexual activity yet perhaps don’t have the means, motivation, nor passion to have children. For that reason, condoms are like a go-to in order to prevent pregnancy. But there is one other very important reason why condom use is so important.

Wearing a condom during sex radically reduces, if not completely prevents, the spread of HIV (human immunodeficiency virus) as well as STI’s (Sexually Transmitted Infections).

And while many have the attitude: “It’ll never happen to me,” it is a very real reality, with more than one million STI’s acquired every day worldwide, according to the World Health Organization .

To twist the knife even further, the majority of STI’s have no or very mild symptoms , and thus go unrecognized, untreated, yet spread.

So, it’s agreed, no more hatin’ on condoms, kay? In fact, let’s put a more positive spin on them by mentioning the additional benefits…

The Correct Way to Use a Condom

Now let’s get down to the sexier side of condoms…

condom is made up of a hexagon structure that delivers strength, thinness, and sensation. Because of this innovative design, it’s been dubbed one of the most important advances in condom technology. 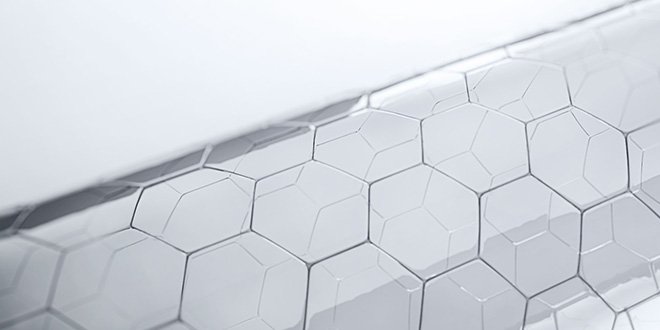 Why a hexagon? This shape is synonymous of strength, lightness, and tessellate perfection. It’s also a shape that further enforces a natural real-feel as honeycombs appear in the form of a hexagon. A beautiful analogy, wouldn’t you agree?

What’s in the Box?

condom is made up of 350 interconnected hexagons, and allows for both partners to share and enjoy each other’s body heat in a more sensual and stimulating way.

It’s made from natural latex, is 0.0045mm thin and 54mm in diameter, and is lightly lubricated for added comfort. It’s smooth on the outside, textured on the inside, and has a flexible structure to fit a number of different shapes and sizes.

With 95 percent of customers recommending HEX

condoms, here are a few verified reviews of this LELO luxury essential.

“Really impressive product. Sleek packaging that doesn’t scream box of condoms. Had to check a few times to see if it was even there! Both my significant other and I really enjoyed it. Really doubt I’ll ever use another brand moving forward.”

“Bought a 36-pack a little over one month ago and I am super satisfied, definitely best condoms I have ever tried in my 9 years of sexually active life. They are super thin and strong, they feel great and have enough lube on them. So far 0 issues. I have recommended them to all of my friends!”

“This is my third order of the HEX condoms and my wife and I think they are the best we have ever tried. They do not compromise on durability or comfort and feel like there is nothing there. We used to be loyal to one of the main long term brands but now only buy HEX.”

Respect XL condoms were brought about due to customer demand, and has the same excellent quality and structure as the LELO HEX

. It also offers the same protection, and the same pleasure.

The difference between the two is merely the size, making it an excellent choice for those who are on the larger end of the spectrum. To be more specific, it’s 10 percent larger than the LELO HEX

in every dimension, creating a more comfortable feel.

What’s in the Box?

Respect XL condom is made up of 350 interconnected hexagons, and allows for both partners to share and enjoy each other’s body heat in a more sensual and stimulating way.

). It’s also lightly lubricated for added comfort. It’s smooth on the outside, textured on the inside, and has a flexible structure to fit a number of different shapes. Inside, you’ll find 36 condoms, just like the HEX

Courtesy of Amazon, here are a few verified reviews of this LELO luxury essential.

“I am 7.5″ x 2.7″ dia and these fit me wonderfully – much better than regularly-sized condoms (which pinch and constrain). The feel is better than any other condom I’ve tried. They make me not mind wearing condoms. These are my new go-to.”

“Love that they made these for bigger guys! I was skeptical of their claim to ‘re-engineer” a condom, but wow! They succeeded!”

“Feels like nothing is there! Very strong had to pull out just to make sure I had it on! Definitely recommend this product”

With that… congratulations! You are now wiser when it comes to condoms, and ready to rock the LELO HEX

brand! Enjoy better sensations, ultimate sensuality, and lots of pleasurable bouts of play with LELO, your partner in all things sexy!

The post HEX™ Condoms Under The Microscope appeared first on Volonté .