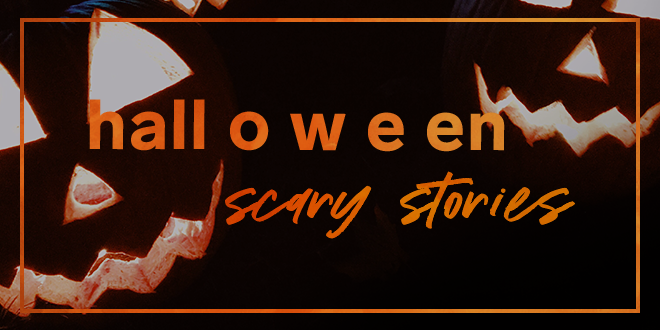 Posted in Blog, Funny, Sex in the News

We’re not tricking you this Halloween, these comical sex stories are a real treat (and yes, they’re real!).

Could You Fuck an Aristocrat?

This guy seemed perfect. An academic painter, and to me, that was more than enough. I’ve always had a soft spot for artists with gentle souls. We went for a couple of drinks, and after about a week he invited me to have dinner at his place. He cooked for me, even placed candles on the table. I could hear the violins playing in my head. I began to eat and discuss some deeper topics, and suddenly he stopped and said “I would love for you to put on a strap-on and fuck me.” The violins in my head stopped playing, and I quietly said “no.” He then responded with “You are such a petty bourgeois person.” Now I really couldn’t process what I was hearing. I was too shocked to respond so I just went home, ashamed. It turns out, aristocrats and peasants are not compatible in the 21st century.

I was dating this guy for a couple weeks, and we hadn’t had sex because he was super shy and I respected that. We were both translators, so we had a lot to talk about and conversation always flowed well, but I wanted to take it to the next level. A little road trip seemed like the perfect opportunity to get away and cultivate some intimacy. I planned it all out and he seemed excited about it, but then he asked if his mother could come with us! We obviously did not go, and we also never ended up having sex. So this isn’t necessarily a bad sex story, but a no-sex story. I still sometimes wonder what he would have been like in bed, or whether he still sleeps in his mom’s bed.

All That Glitters Isn’t Gold

We met at a nightclub and had a few dates. I wasn’t head of heels, but he seemed like a nice guy. He invited me back to his place, and honestly I wasn’t expecting much because i’m pessimistic be nature. When we arrived, he offered me some cookies, and I thought to myself, “Okay, this is normal. He didn’t offer me milk or to dress up as Mrs. Clause. Everybody loves cookies.” But as it turned out, that all would have been a better outcome. As things started heating up, he asked if he could pee on me. I declined the offer and told him I’d rather receive a gold necklace than a golden shower. I went home and that was it. Unfortunately, however, he still had my email and would send me poems. Of course I blocked him, but the following poetic masterpiece I’ll have to keep forever.

Your body is a mighty tree,

from which tits are hanging free.

With this talent I think he’ll continue to piss only in the toilet.

I met this guy who was super nice and unconventionally cute. Not exactly the “manly type,” but definitely a nice guy. I invited him to my place and we had good sex, better than average sex actually. We fell asleep together, and in the morning continued to talk like we were best friends. He even stroked my hair and kissed my shoulder. I mean, that’s boyfriend material right there. After quite some time, he said he was going to buy some cigarettes and asked to borrow my umbrella. After having just shared seminal fluids, I didn’t think twice about sharing my umbrella. He went his way and minutes passed, then an hour passed, and then I started to panic. Did this guy really ghost me and steal my umbrella? I even texted my friends saying “he stole my umbrella. He fucked me and stole my fucking umbrella.” They laughed their asses off (those bitches) and told me to check if anything else important was missing. Suddenly, I heard a knock at the door. The (almost) kleptomaniac was back. The stupid guy got lost and forgot the address. I was so relieved, certainly not because of him, but because I wanted that umbrella back. The poor guy probably has no idea that my friends and I still call him the Umbrella Man.

I’ve had a long fling with this guy. He’s super cute, tall, slim, nice hair, nice smile. Women liked him, and he seemed like a real Casanova type. We would frequently run into each other outside of our favorite club, and it wasn’t unusual for him to whisper in my ear how amazing I looked after we had both had a few drinks. This went on for a long time, and one night we finally made it back to my place. It started out amazing, then BOOM – nothing. I mean, nothing. His penis just wouldn’t work, but I stuck in there because he was awfully cute. So we met again, and again, and again, and as you can guess – nothing. After two years of sporadically trying, I finally asked him if he’d take Viagra. He was shocked and accused me of being overly-ambitious after just a few encounters. So here we are, still trying. But it’s alright, I plan on living a long (and eventually sexual) life.

The post Frightening (But Funny) Sex Stories for Halloween appeared first on Volonté .