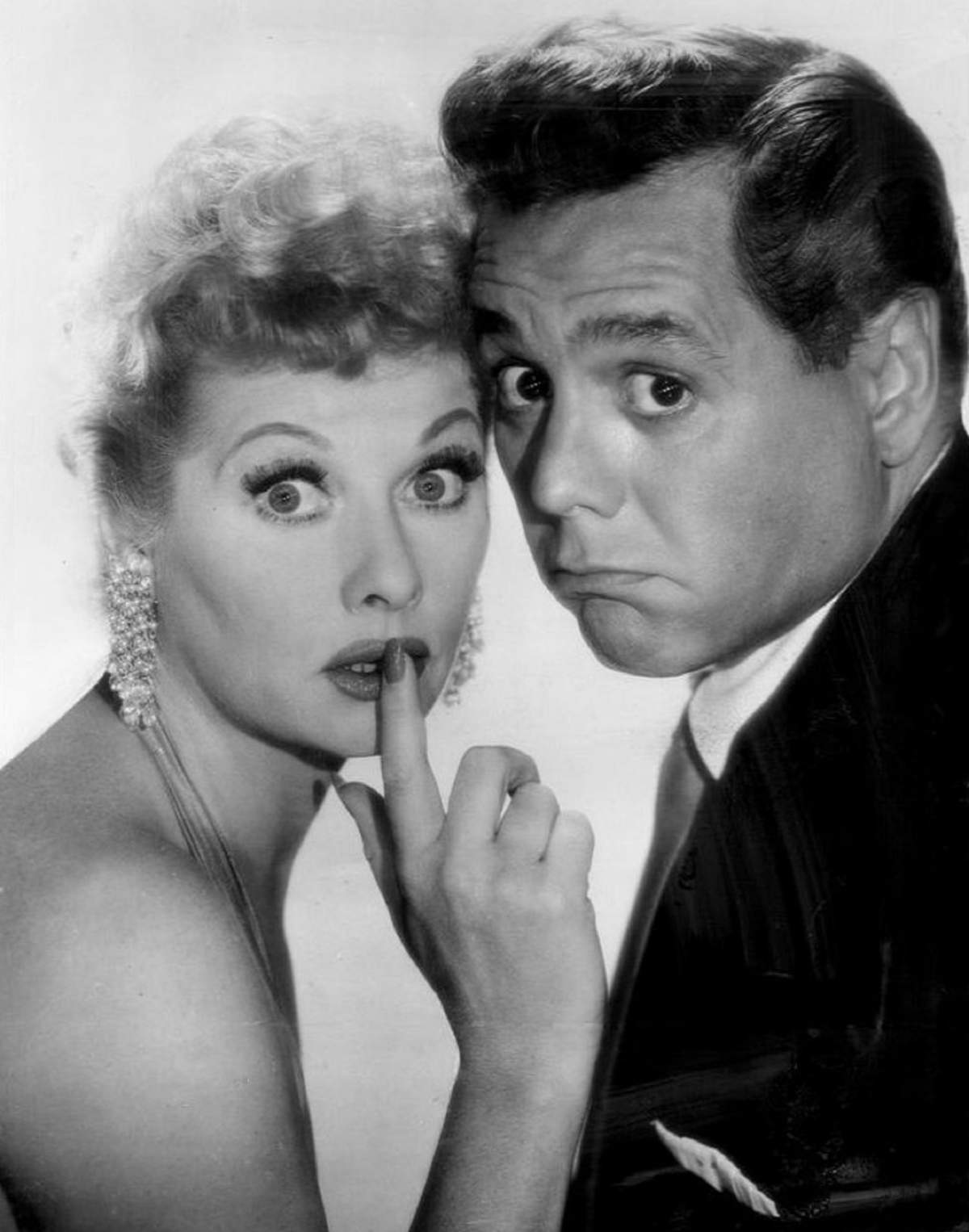 I Love Lucy Day celebrates the groundbreaking, and critically and commercially acclaimed sitcom, I Love Lucy, which premiered on this day in 1951, and ran until May of 1957. I Love Lucy starred Lucille Ball and her real life husband Desi Arnaz as Lucy and Ricky Ricardo. Ricky was a singer and bandleader, and Lucy was an aspiring television and film star. Lucy’s ambition for stardom, coupled with her naiveté, continually got Lucy and Ricky into trouble. The show allowed Ball to showcase her skill in physical comedy and clowning. Other main characters were Vivian Vance and William Frawley, who starred as Ethel and Fred Mertz, the landlords and friends of the Ricardos.

Shot in Hollywood, the show was innovative and groundbreaking in a few ways. It was the first sitcom to be shot in 35mm film in front of a live audience, meaning there were no canned laugh tracks, but real recorded laughs from the audience instead. Three cameras were used simultaneously to shoot the show, allowing three different angles for each scene. This set the precedent for other live audience shows to do the same. Because it was shot in front of a live audience, there was no stopping to shoot scenes over, and most times if there was a mistake by one of the actors the cameras kept rolling. After Lucy’s two pregnancies, she needed rest so reruns of the show were shown. They were popular and this effectively started the concept of the rerun, and other shows soon started broadcasting reruns as well.

For four of its six years, I Love Lucy was the most watched television show in the country, and it was the first show to end while at the top of the Nielsen ratings. It won five Emmy awards and has consistently been called one of the greatest shows in television history. Following the end of the original run of the series, one-hour episodes were broadcasted from 1957 to 1960, which were known as The Lucille Ball-Desi Arnaz Show or The Lucy-Desi Comedy Hour. On March 2, 1960, Desi’s birthday and one day after the last one-hour show was filmed, Lucy filed for divorce. Starting in 1962 Ball starred in The Lucy Show, which ran until 1968, when Here’s Lucy started and broadcasted until 1974. Today reruns of I Love Lucy are broadcasted on the Hallmark Channel, and in the past they have been aired on TBS, Nick and Nite, and TV Land.

“I Love Lucy” Day is being observed today! It has always been observed annually on October 15th.

← Be Bald and Be Free Day
Global Cat Day →