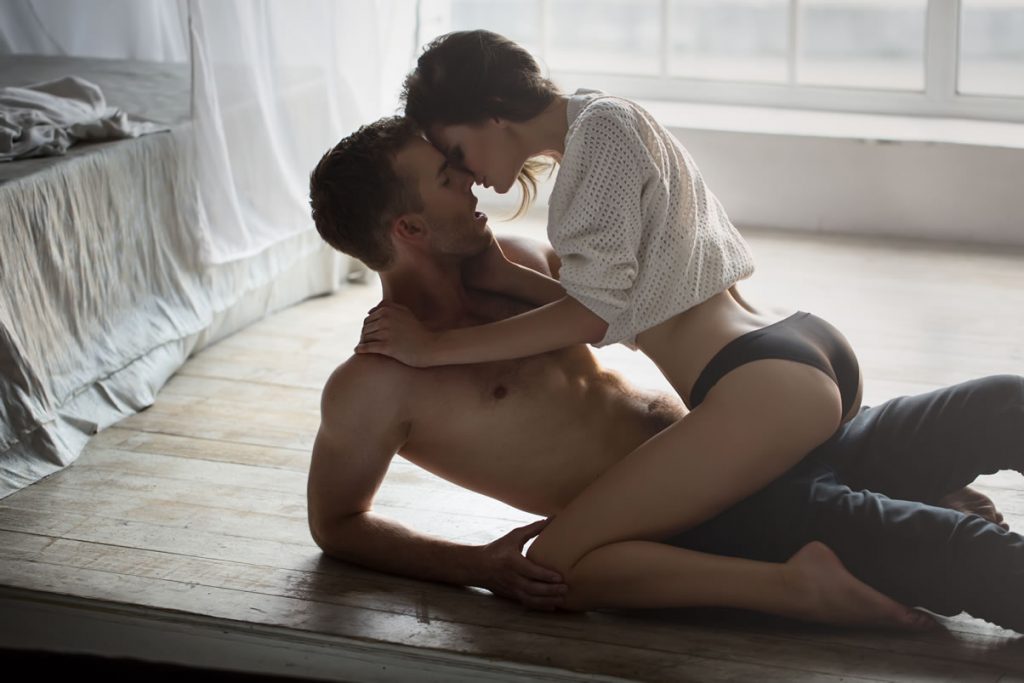 Vibrators have been around since the late 1800s. Doctors used vibrators up until the early 1900s to cure “Female Hysteria”. This was actually just built up sexual tension in women and doctors would literally stimulate her clitoris until she had an orgasm. She’d go home relaxed and happy and people back then didn’t even consider this a sexual act, let alone an orgasm. We’ve come a long way in a relatively short amount of time. Now vibrators come in every shape, color, and texture you can imagine. Women have “sex parties” in their homes and talk about and order new toys to add to their collection. This is beautiful, and it’s so important any one to explore their own sexuality and understand their own body and mind and their potential for orgasm. Women who explore their bodies are more likely to orgasm with their partner because they know what they like.

A big part of female orgasms is the mental side. Brain scans show that the “thinking” part of the brain needs to quiet down in order to let go and orgasm. This can be difficult for some women, and some women self sabotage unknowingly by “trying” to orgasm. As her partner we have a unique opportunity to engage her mind in a way she can’t get when she’s masturbating, and this can be the difference in her ability to orgasm. Make her super present to the moment and the orgasm will seemingly “just happen”, and you’ll have a very happy woman on your hands.

Intimate Tickles found this article quite interested, and we thought you might to. We give all the credit for this article to gspot. Click Here To Read This Article From It's Original Source

← Is Her G-Spot Not Responding? Try This Exercise
Know If She Had An Orgasm With These Techniques →