Connecting with Your Pain Could Save Your Life 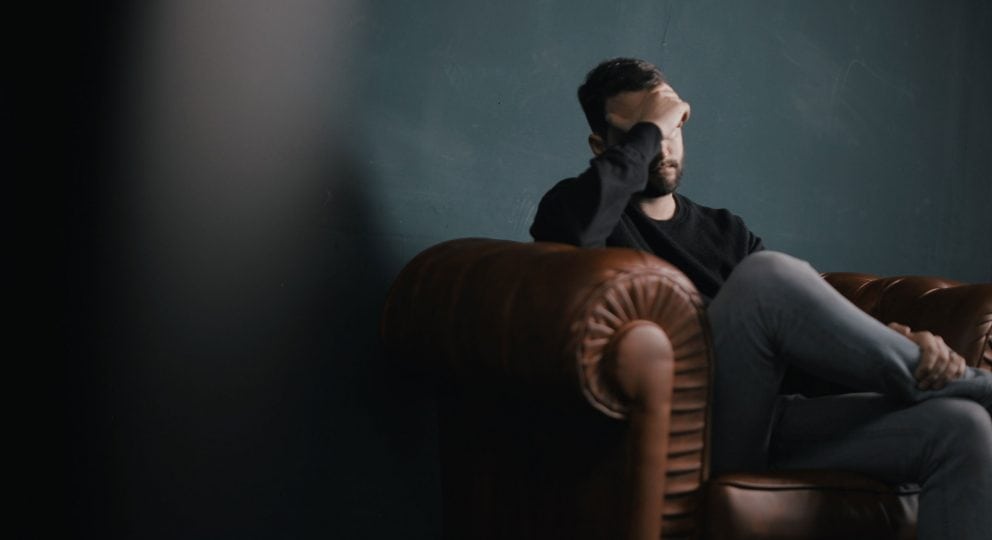 Charlie was in my office yesterday. He was all smiles. I commended him on the quick transformation he had made in his relationship with his wife, Melinda. Even though his job had been extremely stressful lately, and he was experiencing a flare-up of symptoms from a chronic illness, he was content and hopeful. Melinda and their two children, James and Alissa, were doing well and settling into the back-to-school routines of basketball practice and music lessons.

“It seems like a long time ago,” Charlie said, referring to his suicide attempt two years earlier. We had just spent a long time processing something he’d once been reluctant to talk about. It was his second close brush with taking his own life.

The numbness and depression that had been his familiar companions through adolescence and young adulthood, layered with the lack of parental nurture and constant emotional chaos from his parents’ fighting, had left him with few internal emotional resources. He was familiar with a hollow ache inside that could not seem to be filled. He’d had no modeling in his life about how to really notice his feelings or interpret what they meant, so he was not in touch with his true and legitimate needs for loving connection, validation, security, and support.

As an athlete, he had learned to be tough and push through difficult circumstances with a silent veneer, and this was how he’d coped during his early adulthood. He’d floundered often, and yet had pushed through college challenges, professional development, early marriage and parenting responsibilities, relationship struggles with Melinda, as well death in his extended family.

He had learned to temporarily feed the inner hungers with easy fixes, like “innocent” flirtations with female friends, alcohol, pornography and the friendly, yet detached aloofness that led others to assume he was always fine, and so they left him alone. Melinda’s own heart, however, was anything but numb and detached.

She was on high alert. While she had a supportive family, she was also unequipped to deal with the more painful aspects of life, having her own set of coping skills that involved minimizing issues, denying feelings, and pushing through. But Charlie’s stonewalling and betrayals had pushed her panic buttons.

Our work together in couples therapy, specifically treating Charlie’s trauma from early childhood neglect, combined with Melinda’s loving reassurance in continuing to turn toward him, had softened Charlie’s rigid exterior.

One conversation in particular resonated with Charlie. I shared an important finding from Gottman research that rituals of connection (like a daily stress reducing conversation) can increase a couple’s overall happiness, giving them added resilience to withstand life’s ups and downs. As an electrician, he understood the significance of “staying plugged in” and “connected” to each other. He grasped the concept that a lack of connection will always yield disintegration in any system—particularly a relationship.

When he recognized that disconnecting from his pain was disintegrating his relationship, he was able to change his mindset. Instead of his usual turning away behaviors, for the first time, he turned toward Melinda. He repaired blundered attempts at communicating, and most importantly, turned toward himself by looking inward to acknowledge painful emotions and actively pursue, in healthy ways, the needs beneath them.

With this new self-awareness, he now had something to share with Melinda when she asked how his day went or how he was feeling. And he found she was eager to listen and connect with him in these more vulnerable ways.

“I can’t get over how much more I enjoy everything,” he commented. As someone who has struggled with depression, I understood. Indeed, life itself is sweeter, even during difficult times, when we are anchored in loving connection.

“Charlie,” I remarked, “You’re my hero! The hardest thing for anyone is to soften when toughness has been our only go-to. It takes courage to let down your walls, and willingly connect again with the person you may have hurt the most. What made the difference?”

“I was just so tired of it,” he reflected. “Tired of pushing through. Tired of the constant emptiness inside and feeling myself about to collapse. When I understood that connection was the key, that changed everything. I learned to see that I could have that flow of positive energy with Melinda. It brought so much relief and peace.”

Charlie is no longer suicidal and his depression is behind him. Connecting with his pain saved his life. He would tell you that the hardest part, opening up and turning toward Melinda, has been the best part. And it’s made all the difference.

For the purposes of maintaining confidentiality, names and identifying information have been changed. Their stories and experiences are real.

September is National Suicide Prevention Awareness Month—a time to share resources and stories in an effort to shed light on this highly taboo and stigmatized topic. The National Alliance on Mental Illness (NAMI) uses this month to reach out to those affected by suicide, raise awareness, and connect individuals with suicidal ideation to treatment services. If you or someone you know is thinking or talking about suicide, please contact your local Crisis Response Unit, or your mental health professional.