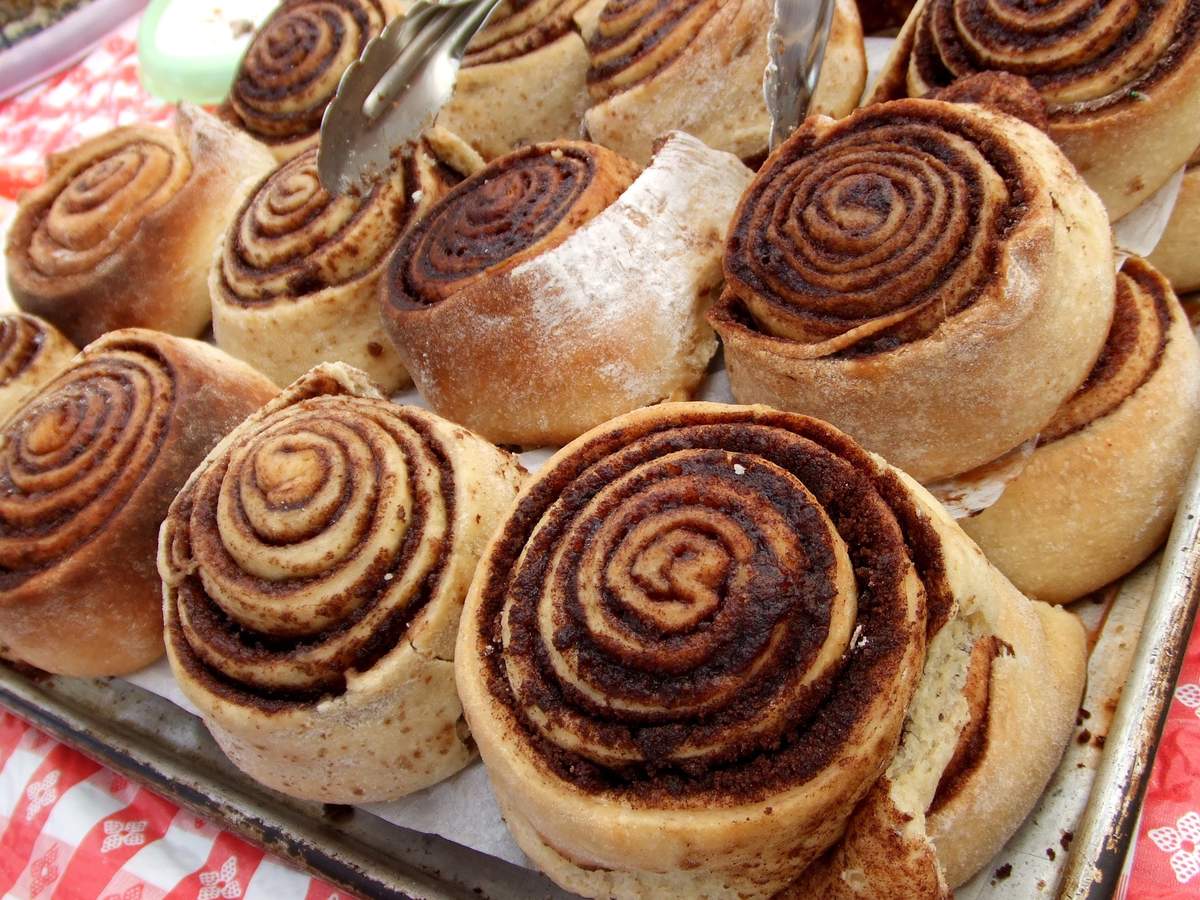 Cinnamon Bun Day, or Kanelbullens Dag in Sweden, was started in that country in 1999, at the time of the 40th anniversary of the Swedish Home Baking Council—an association of yeast, flour, margarine, and sugar manufacturers. The day was created to celebrate the history of cinnamon buns in Sweden, the country where they are believed to have originated from. Ancillary reasons for the day include drawing attention to other Swedish traditions, and increasing the consumption of products associated with the Swedish Home Baking Council. Swedes eat a lot of cinnamon buns, with one 2010 study claiming that each Swede eats about 316 cinnamon buns a year—and that’s not even counting those made at home!

A cinnamon bun, also known as a cinnamon roll, is a sweet roll that is also popular beyond Sweden in the rest of Northern Europe, as well as in North America. Its main ingredients are flour, cinnamon, sugar, and butter. In North America an icing is often applied on top, and in Northern Europe the topping is usually nib sugar. The Swedish variety often is made with cardamom seeds, and is eaten during fika, which is a gathering of friends to have coffee and sweets.

Cinnamon Roll Day, also known as Cinnamon Bun Day and Kanelbullens Dag, is being observed today! It has been observed annually on October 4th since 1999.

← Balloons Around the World Day
Do Something Nice Day →