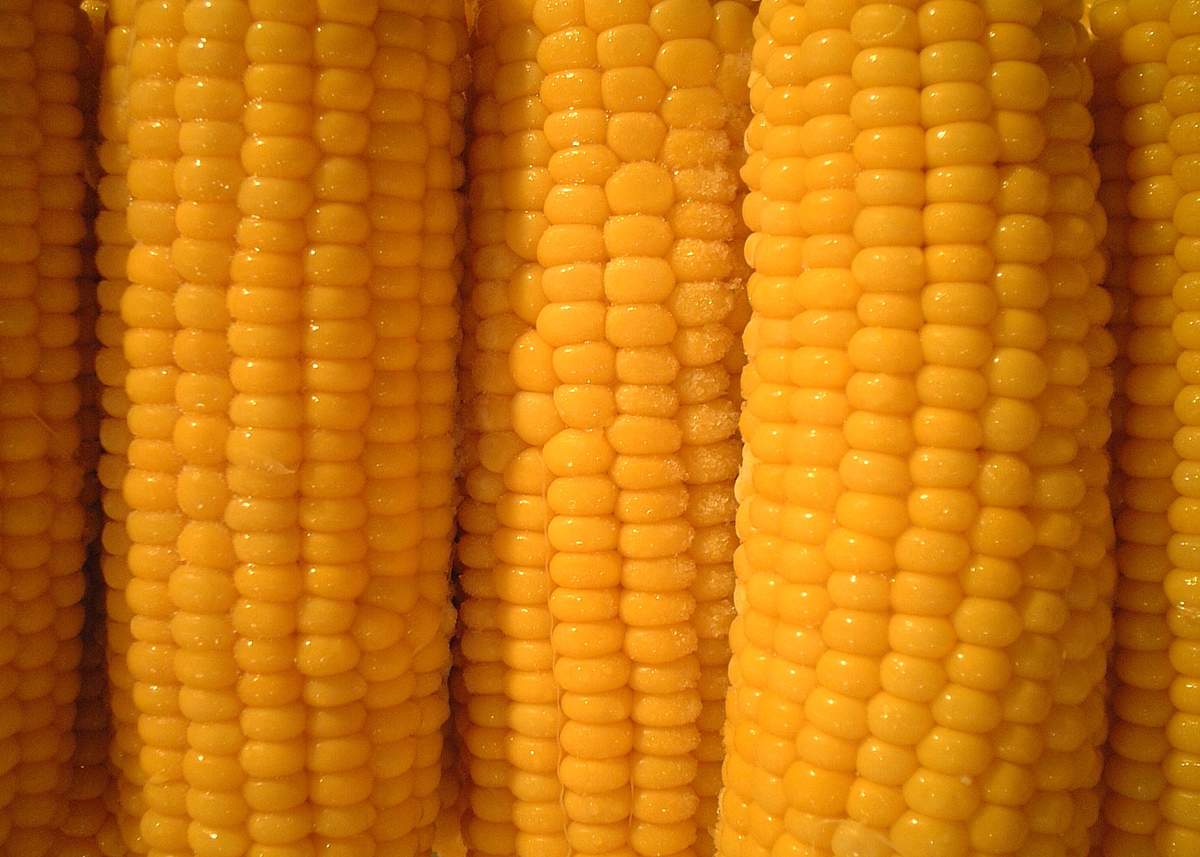 There are six different kinds of maize, or corn, and one of them is sweet corn, the kind that is most often celebrated on National Buttered Corn Day. Corn was first domesticated by Indigenous peoples in southern Mexico thousands of years ago, and more corn is now produced around the world than wheat or rice, although not all of it is used for human consumption. Sweet corn is picked when the kernels are still soft, and it is cooked in many different ways. Most commonly it is boiled or steamed on a stove, roasted or grilled on a grill or in an oven, or microwaved. Many times skewers are put on both ends of the cob after the husk is removed so it can can more easily be held, and butter, salt, and pepper are common seasonings used on the corn. It also can be cut off the cob and eaten with a fork. It can be a pretty healthy snack if it is not overloaded with butter and salt, as an ear of corn usually isn’t much more than 100 calories, and is high in fiber. But, being that today is National Buttered Corn Day, you probably shouldn’t worry too much about your health just this once.

Buttered Corn Day is being observed today! It has always been observed annually on August 23rd.

← National Bao Day
Ignoring Someone for Attention: How to Do It to Get What You Want →