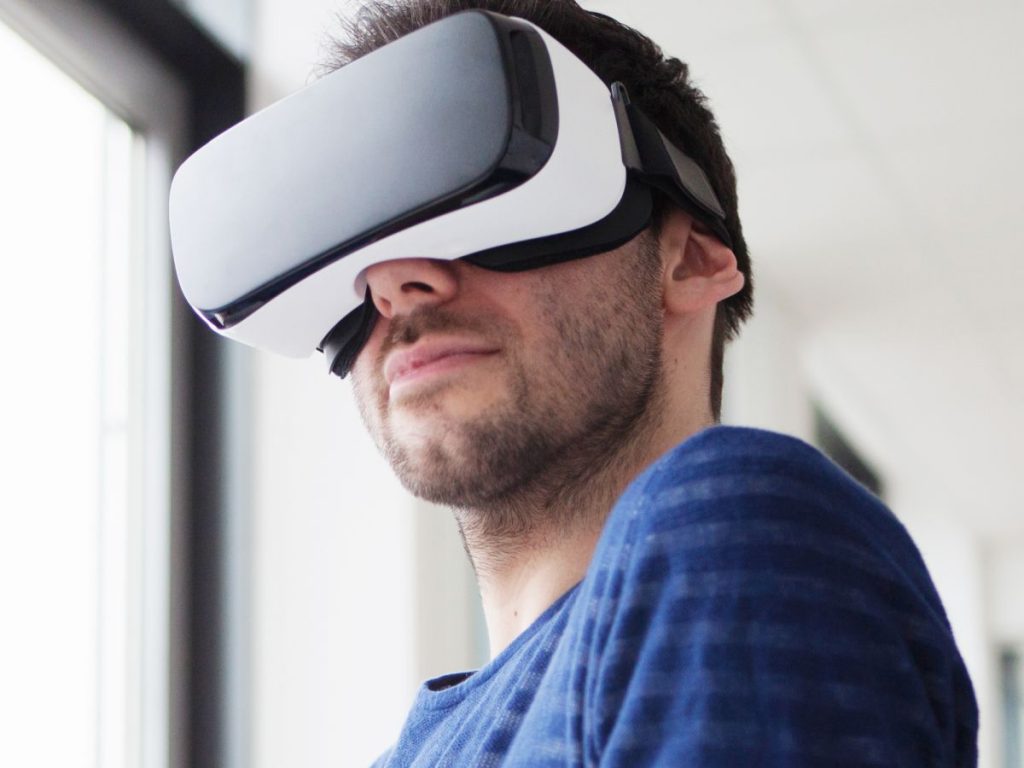 Last month, a virtual reality dating game quietly made its way into the app store. On the surface, the program, called Dating Lessons, sounds innocent. “The first dating training in virtual reality,” the website boasts. “Learn how to boost your confidence and overcome shyness when meeting a woman.”

The app features the wisdom of coach Manish “Magic” Leone, who is a dating expert from Florida. His website hawks audio courses, like The Attraction Bible, which claims to “teach you ways to attract and get any woman you desire even if she has rejected you before.”

For an additional $270, you can “Discover A Strange But Very Effective Trick That Instantly Triggers The ‘Lust Center’ Of Any Woman’s Brain — Turning Her On So Fast She Is Eager For Sex In Just Seconds!” Another “special edition” of the product gives you the chance to “start attracting the kind of women you really want… who are much younger than you…”

As far as Leone is concerned, women are all slightly varied versions of the same prototype, and their nuances as people come down to a “sex switch” that only a skilled man can turn on and off. They’re objects, and that isn’t helped by his partnership with Cerevrum, the company behind the VR spinoff.

Writer Laura Hudson noticed the first red flags in the screengrabs which are boldly displayed on the Dating Lessons’ website:

The exciting VR future of dating has arrived and it involves looking at women as though you are a terminator https://t.co/ayeewsB1gO pic.twitter.com/7RBLv2ostM

The setup of the game looks a lot like the first-person shooter model, made worse by the fact that women are referred to as “targets.” The other screengrabs don’t do much to redeem it, showing a point system, face tracking, and a list of generic compliments to feed the arbitrary, sexily-dressed woman-shaped stand-in whose reactions and desires are meant to represent those of an entire gender.

According to Scott Hayden of Road To VR, who tested out the game, the user chooses three different goals, ranging from “Date Multiple Women” to “Get Ex Girlfriend Back,” before embarking on the lessons. “Each lesson takes a brief turn for the frighteningly manipulative,” Hayden writes. “Leaving me with some serious questions.”

For instance, the program encourages the user to drop hints that they talk to a lot of models and tell the woman they’re pursuing that “it’s refreshing to finally meet a girl that is so down to earth.” It’s the “you’re not like other girls” of VR, and it’s tired. You might remember similar tactics being used a little over a decade ago when “pick-up artists” were en vogue. Or rather, when the term was used to entice heterosexual men into being overtly physical, subtly condescending, and relentless in their pursuit under the promise that they’d become irresistible to women. It similarly reduced women to sex objects rather than human beings, and ignored their desires and consent in such a way that even the man who spearheaded the movement, The Game author Neil Strauss, has backtracked on his claims.

“I can’t help but think that these tactics aren’t really about breaking the ice, but actually reveal Magic’s true intent of teaching the user to build a quick report based on artifice and deception,” Hayden concludes, and it’s unfortunately not surprising. Dating Lessons relies on lazy, age-old stereotypes that treat women as an amorphous unit, not to mention it’s extremely heteronormative and male-focused.

Perhaps in an attempt to quash that, or to at least provide “diversity” (picture the most exaggerated air quotes you can imagine), the very bottom of the website promises that a dating course for presumably heterosexual women is coming soon and that we should let them know if we’re interested. We’ll pass.

← What Is A Golden Shower?
23 Sexts To Send To Your Partner Now →