She stuck her thumbs up. Both of them. For such small hands they suddenly seemed to be huge. Ah, the bum’s rush. Nothing like it.

What he’d noticed first was her hair. Thick. Full-back length. Brown as her eyes. Except her eyes were blue. Shocking, bright aquamarine blue. That’s what you noticed first, if you were close up to her. Followed immediately, if you were lucky, by her smile. 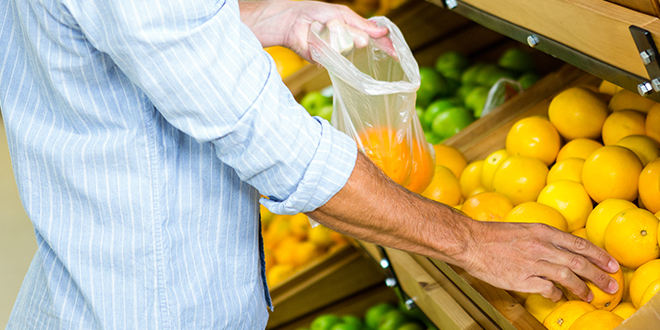 And her legs, they were as long as your life, a big-ass life. A life sentence. They opened up, the way legs do, and as she moved possibilities trailed behind her.

She was his angel. Leading him to heaven. Or at least down past the fresh fruit section, along past the meat, fish and other frozen items, straight on past the pizzas and the bottles of booze and the tins of beer. Right along in fact to where you had to take it out of where you’d been carrying it around. And plonk it right in front of her. So she could see it: what you wanted when you came in.

He was going to make that journey. He had the bit between his teeth. What bit it was he wasn’t quite sure. . .

Love licked at him in the dark. It put its lips around his cock and talked to him. Fat purple-red lips greased with lust and pleasure and expectation opening to him to be filled by his length and his girth and his desire. He could feel her breath on his balls as if she was sucking him. Into her. It would feel just like that, the way he imagined it. She made him feel mighty, the very thought of her. There was no other word for it. Well, there was – scared, excited, alive, delighted, despairing. But somehow still mighty.

He would pour out his heart for her but would she drink it?

It wasn’t love at first sight. It was love at first stare. The launch of a ship. A rocket taking off to the moon. Champagne bursting out in victory. All were pale failures compared to that moment.

She was a dream filler. She filled his pants with joy and his heart with hope. This was it. He knew it. This and only this. This or nothing. Her or nobody.

They had laughed at him. All the others. It had hurt at the time but he didn’t care: he knew he was going to have the last laugh.

His angel with the long hair didn’t laugh at him. She didn’t ask him what was wrong with him. She didn’t say that he wasn’t normal, that what he wanted to do was disgusting. She didn’t mention the gap between them. Of course there was a gap. It was an opening. In his mind he could feel its two fleshy doors parting, moving to let him inside, he could feel the smooth warm surface of their lips kissing his finger tips, their weight crushing his impotent doubts.

People always mentioned the gap. But they didn’t understand. The impulse he felt, that electric attraction to another person, needed a gap to cross. And the bigger the gap, the better the sex, the wider it stretched the more wonderful it was when it closed. In the fullness of time, he thought, what he loved now would be in store for everyone. If they were lucky.

He wanted her the way his lungs wanted breath.It was natural and life giving.

She said she would speak to her for him. Pave the way. Test the water. Come back tomorrow she’d said and I’ll let you know.

So he was back. And there she was, her long hair gleaming. And she was smiling. She gave him the thunbs up sign. Both thumbs. The bum’s rush, rejection? This was nothing like it.

She gave him a hug and said ‘It’s okay. You can do it. Don’t be shy. I know you really want to! She’s waiting. She said yes. Take your time. You can slide right in there.’

He felt something opening for him. It was bigger than any pair of pouting swollen red lips, scarier than any hairy hungry flesh demanding the fuck of a lifetime. He could do this. He could.

He moved slowly, an inch at a time, pausing. His cock felt as though it was about to explode but he ignored the thrill that was coursing through it. He wanted to do it right. He didn’t want it to be over too quickly. But he could hardly bear it. One big push and he would be in there.

He felt so exposed. Going closer to where she was sitting was like walking over the edge of a cliff.

And there she was. She was in front of him.  His future. He didn’t fall. He flew.

So what if he was little more than twenty and she was twice that age and more. Older women, that was what turned him on. But with her he didn’t want an older woman. He wanted her.