Why Conventional Marriage Wisdom Is Wrong 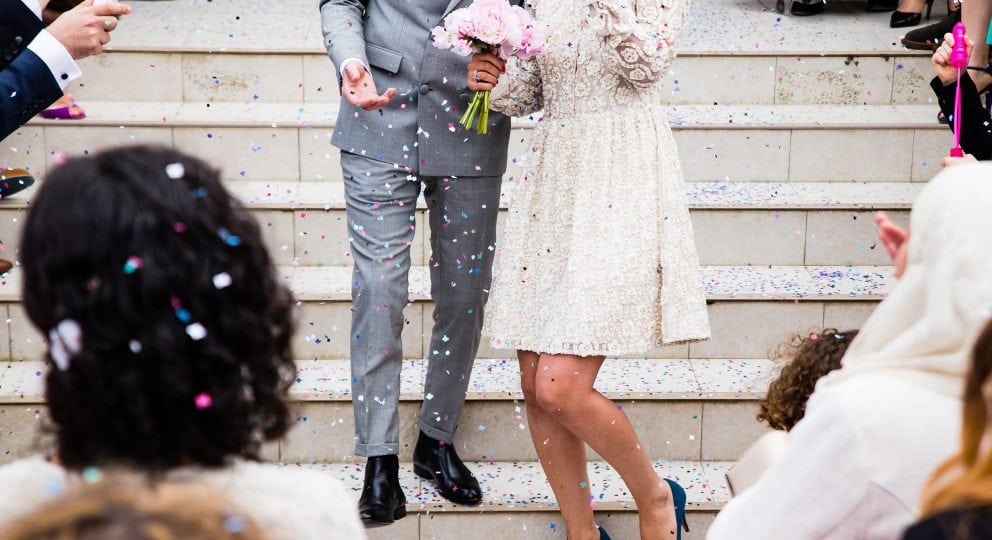 This article originally appeared in The Washington Post, co-authored by Christopher Dollard and John Gottman.

Marriage is one of the oldest social, economic, religious and legal institutions in the world, and there’s no shortage of opinions on what makes it work. But much of the conventional wisdom is not based on evidence, and some is flat-out wrong. After researching thousands of couples for more than 40 years at The Gottman Institute, these are some of the myths we’ve encountered most often.

Common interests keep you together.

Some dating sites, like Match.com, ask users to list their interests to help attract potential mates, and LoveFlutter matches users solely based on shared hobbies and activities. In a Pew survey, 64 percent of respondents said “having shared interests” is “very important” to their marriages — beating out having a satisfying sexual relationship and agreeing on politics.

But the important thing is not what you do together; it’s how you interact while doing it. Any activity can drive a wedge between two partners if they’re negative toward each other. It doesn’t matter whether two people both enjoy kayaking if, when they head out on the lake, one says, “That’s not how you do a J-stroke, you idiot!” Our research has shown that criticism, even of paddling skills, is one of the four destructive behaviors that indicate a couple will eventually divorce. A stronger predictor of compatibility than shared interests is the ratio of positive to negative interactions, which should be 20-to-1 in everyday situations, whether a couple is doing something they both enjoy or not.

It’s one of the most cliched pieces of relationship advice, immortalized in Etsy signage and a ’90s R&B ballad by Silk: Don’t allow an argument to go unresolved — even overnight. No less an authority than the Bible agrees: “Let not the sun go down upon your wrath” (Ephesians 4:26).

This advice pushes couples to solve their problems right away. Yet everyone has their own methods of dealing with disagreements, and research indicates that about two-thirds of recurring issues in marriage are never resolved because of personality differences — you’re unlikely to work out that fight about the dishes no matter how late you stay up.

In our “Love Lab,” where we studied physiological reactions of couples during arguments (including coding of facial muscles related to specific emotions), we found that when couples fight, they are so physiologically stressed — increased heart rate, cortisol in the bloodstream, perspiring, etc. — that it is impossible for them to have a rational discussion. With one couple, we intentionally stopped their argument about a recurring issue by saying we needed to adjust some of our equipment. We asked them to read magazines for 30 minutes before resuming the conversation. When they did so, their bodies had physiologically calmed down, which allowed them to communicate rationally and respectfully. We now teach that method to couples — if you feel yourself getting overwhelmed during a fight, take a break and come back to it later, even if that means sleeping on it.

Couples therapy is for fixing a broken marriage.

This is a common misconception. A 2014 New York Post story on “the crumbling marriage of Jay Z and Beyoncé” noted grimly that “they’re allegedly traveling with marriage counselors.” Seeking help early in or even before marriage is often seen as a red flag. As one skeptic noted in New York magazine, “If you need couples therapy before you’re married — when it’s supposed to be fun and easy, before the pressures of children, family, and combined financials — then it’s the wrong relationship.”

This idea often keeps spouses from seeking the sort of regular maintenance that would benefit almost any relationship. The average couple waits six years after serious issues arise before getting help with their marital problems, and by then it’s often too late: Half of all divorces occur within the first seven years of marriage. In a therapist’s office, spouses can learn conflict-management skills (like the Gottman-Rapoport intervention, based on a method used to increase understanding between nations during the Cold War) and ways to connect and understand each other.

The point of counseling is not to salvage a bad marriage or sort out trauma. It’s about revealing the truth about a relationship. As Jay-Z told David Letterman, he gained “emotional tools ” in counseling to help him maintain his marriage.

Affairs are the main cause of divorce.

An affair is traumatic for any monogamous relationship. “Extra-marital affairs are responsible for the breakdown of most marriages that end in divorce,” an article on Marriage.com reads. Today.com offers a similar analysis: “Cheating is one of the main drivers of divorce.”

While affairs can destroy the foundation of trust upon which a marriage is built, the cause of divorce typically precedes the affair. In a study from the Divorce Mediation Project, 80 percent of divorced men and women cited growing apart and loss of a sense of closeness to their partner as the reason for divorce. Only 20 to 27 percent blamed their separation on an extramarital affair. In their clinical work, John and Julie Gottman learned that partners who have affairs are usually driven to them not because of a forbidden attraction but because of loneliness. There were already serious, if subtle, problems in the marriage before the affair occurred.

Marriages benefit from a ‘relationship contract.’

It’s important to do nice things for your partner and to do your fair share around the house, principles that an increasing number of couples have decided to formalize with a contract. One essayist explained in the New York Times how hers “spells out everything from sex to chores to finances to our expectations for the future.” Mark Zuckerberg and Priscilla Chan also hashed out some rather specific details in their contract, such as: “One date per week, a minimum of a hundred minutes of alone time, not in his apartment and definitely not at Facebook.” Far more couples opt for informal agreements, written or verbal, delineating who’s responsible for what.

The concept, though, has no basis in science. In 1977, researcher Bernard Murstein found that marriages oriented around reciprocity were less successful. And from what we’ve seen in our clinical work, keeping track can cause couples to keep score, which can lead to resentment. Dealmaking, contracts and quid pro quo mostly operate in unhappy marriages. Criticism and contempt can arise from unfulfilled expectations, especially if those expectations are quantified. And when one partner does something nice for the other and there is a contract in place, they may expect something equally nice in return. That response may not happen for any reason — a busy week, forgetfulness — which can create resentment and an environment of trying to “win.”

Consider one thing nearly all couples fight about: housework. A couple wants to have an even division of chores and responsibilities, so they make a contract. But a few months later, there’s a pile of dishes in the sink, and they’re fighting again. According to a study of 3,000 couples by Harvard Business School, the solution is to ditch the contract and spend money on a cleaning service. Why? So the couple can spend more time together having positive interactions and fewer arguments. Instead of a contract, it’s a compromise.

Couples need to act in kind and loving ways, intentionally and attentively, as often as they can. Some things simply cannot be mandated, not even by contract.

← How to Tell Someone You Like Them Over Text: 19 Risk-Free Ways
National Tattoo Day →