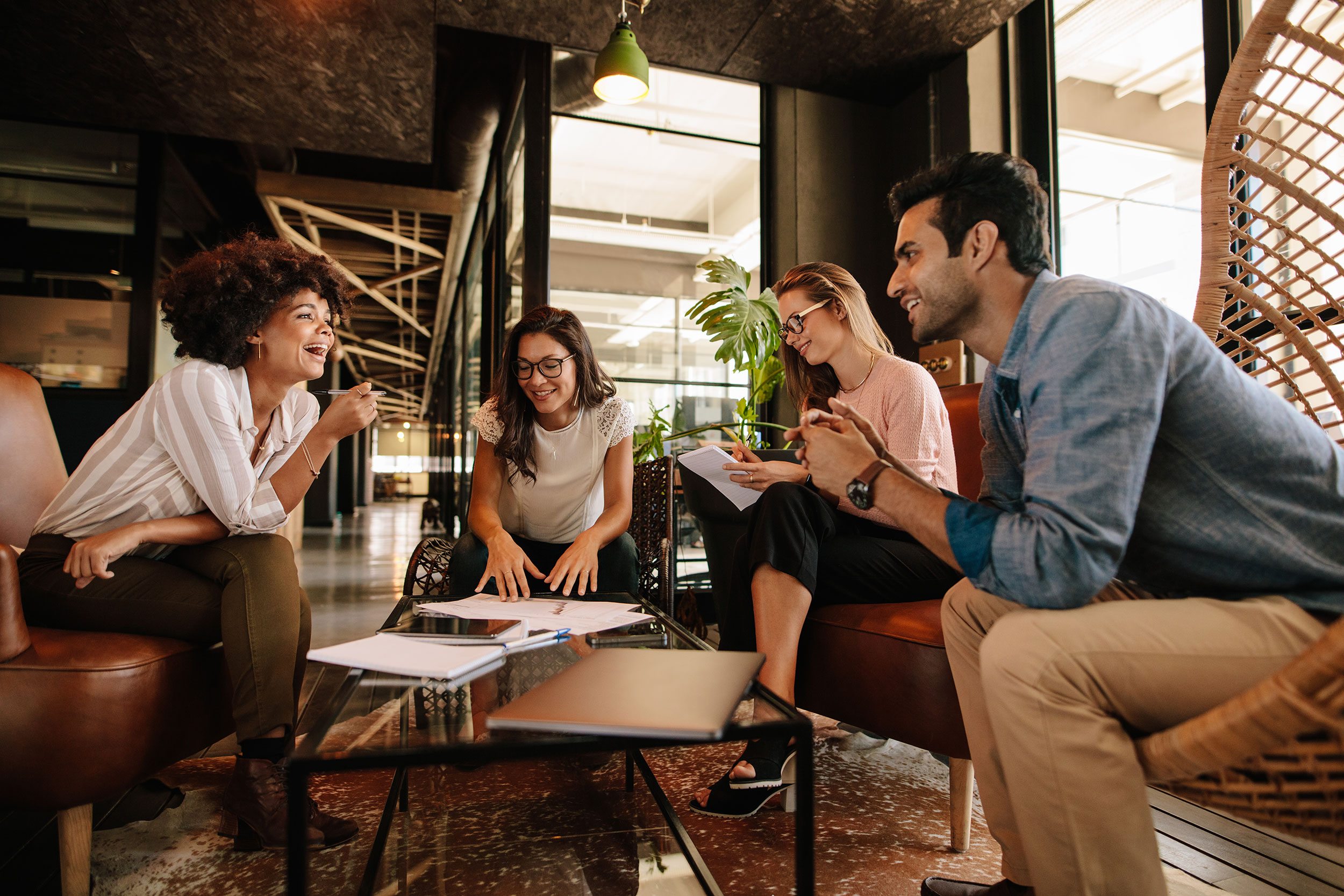 I was reading an article about the challenges of overcommitted organizations, and I had to chuckle a little bit when the authors lamented the challenges of sharing team members with two or three other projects, given that my staff each typically supports two dozen or more projects. Doing “more with less” has been the rallying cry since the 1980s. We do a lot of work through contractors, resulting in a large number of active projects, all needing varying levels of attention at any given time. It can be a huge challenge to attend to so many projects and tasks, but on the up-side, we have a really diverse mix of work, and I think we do a pretty good job most of the time.

Or, at least I thought we did.

When I received some disconcerting feedback regarding staff performance, that they needed to improve their communication and focus on execution, my first reaction was denial. But I also recognized that my staff was not always that attentive to my requests, either. What if they were being equally non-responsive to their project managers and customers?

Marcus Buckingham and Curt Coffman, in their book titled First Break All The Rules, present the results of their exhaustive research, using Gallup surveys from thousands of firms, to distill what customers actually care about: availability, accuracy, partnership, and advice. But, if you’re not available, the rest really doesn’t matter.

This made me think of The Gottman Institute’s concept known as Turn Towards Instead of Away, which applies to married couples and can also extend to working relationships. One simple attribute was found to correlate with lasting marriages: responding to a spouse’s “bid” for attention. Dr. John Gottman’s research found that lasting, happy marriages had bid response rates of 87% on average, while those in marriages that ended in divorce were at 33%. Any response, even a neutral one, was better than no response at all. And while silence is damaging, a negative response is even more damaging.

I thought to myself, what if the same applies to our office communications?

I decided to share our performance feedback with the group to try and get them thinking about responsiveness. I asked them to grade our group as a whole, using simple letter grades, on how they thought we had done this past year. We went around the room, and staff shared why they had given the grades they did for each objective. This was probably one of the most enlightening discussions we had ever had as a group, and brought out all the factors that influenced the ability to track and manage their workload.

Next, I shared how others thought we had done. I asked how we might react to this new information: denial, anger, feeling unappreciated, etc. I told them I had an idea that there might be one simple, little thing we could do to improve in this area, and gave them a reading assignment for our next meeting: The Gottman Institute’s article about bids and turning toward. I explained that while the article is intended for married couples, the basic premise can apply to the non-romantic context of an office. I suggested that, as they read it, to simply replace the word “spouse” or “partner” with “project manager,” “customer,” or “supervisor.”

When we re-grouped the following week, we talked about several key points.

Responsiveness serves as a good outward indicator of the health of our relationships. I shared a quote from philosopher Jiddu Krishnamurti: “To pay attention means we care, which means we really love.” Whether the person is your spouse, boss, project manager, or colleague, there is an important and fundamental human need to be heard and valued. So, I took a quick poll on how staff would rate their own bid response rates. Our numbers ranged from a few responses at 50% to a few responses at 95 to 100%, with most bunched around 85%.

The number might vary depending on our relationship with an individual. We might be more responsive to those we like or with someone who is new or important. We might be a little less responsive with those we dislike, or people with whom we already have a solid established relationship.

My team and I discussed how non-responsiveness might be interpreted and make the other person feel. The person making the “bid” for our response might assume we’re busy, we don’t care, or we’re not interested. They might feel ignored, neglected, frustrated, unheard, or confused. They might wonder if their request was even received. These uncomfortable or negative feelings could start negatively impacting our working relationships.

However, some research points to conscientiousness as a predictor of success at work and in life, as summarized in an article by Eric Barker in 2017. Being conscientious and responsive is appreciated and rewarded. Organizations say they want creativity, but they also demand conscientiousness, and we can certainly aspire to both.

Another major factor affecting our responsiveness is probably our collective busy-ness. In Daniel Goleman’s TED talk, “Why aren’t we more compassionate?” he shares the results of a study designed to test what makes someone more likely to help a stranger. Divinity students were sent to give a talk across campus and would pass by a stranger in need of help. Even for those who had just read a story about the Good Samaritan, the primary factor determining whether they stopped or not was how late they were to their talk.

When we are busy and stressed, we may start to become forgetful or overlook important areas where we must be attentive and responsive to clients, customers, and colleagues in our work. These are the hidden hazards of working in overcommitted organizations, but if we can focus our working relationships on “turning toward” and being responsive to the “bids” of people we work with, then we can move toward healthier, respectful, attentive, trusting, and more collaborative working relationships.

← Bulldogs are Beautiful Day
“In God We Trust” Day →