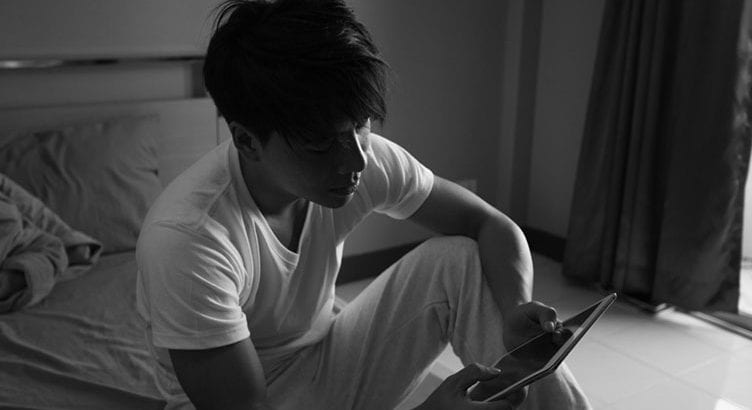 Haunting vs Ghosting: Why Haunting is So Much Worse in Every Way 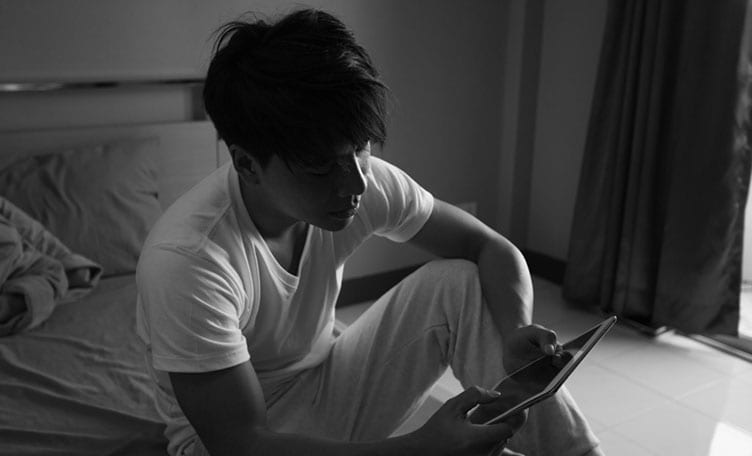 We have all heard of ghosting. But have you heard of haunting? Is it worse? Here is all you need to know about haunting vs ghosting.

I am sure by now, in this day and age of technology, instant romance, and even more instant breakups, you know what ghosting is. But haunting is a new fad that seems to be creeping up in the dating scene, and yes, somehow it is worse. So, here is the haunting vs ghosting lowdown.

When you are ghosted, you are left feeling confused and empty, depending on how intense your connection was, it can feel like a slap in the face. Only the pain doesn’t stop. It just carries on and on. [Read: What is Ghosting? All the ways it can affect someone]

Someone ended things with you but you have no clue why. A part of you holds out hope because maybe they lost their phone or lost your number. But in reality, you know that is not true.

Getting closure is nonexistent in the world of ghosting. You get all the feelings that go with a breakup only none of the reasons, none of the fights, and none of the actual ending. Just POOF! Radio silence.

Sounds awful, right? Well, just wait until you find out how haunting works. [Read: The psychology of ignoring someone: Why we do it]

In the literal version of the word, haunting is nearly impossible to ignore. Let’s say you have a ghost in your house. Cool. It is just chilling there not bothering anyone, and it is continuing its silence so you can eventually move on. But if your house is being haunted you can’t ignore it.

That haunting ghost is everywhere. It breathes cold air down your neck, it slams doors, it breaks glasses and scares your cat. See the difference? Well, in the dating world it is the same idea.

If someone is ghosting you, they disappear and for the most part they stay gone. But if someone is haunting you they seep back into your life in the most subtle of ways. This means they are gone, but cannot be forgotten. [Read: How to handle the guys who ghost and come back]

As I said haunting is ghosting, only worse. I am not making any excuses for ghosting, but at least eventually you can forget about the person that did it. With haunting they ghost you, then come back in waves.

Think, you are clearing old papers and come across a photo of an ex. Someone may say you look like you’ve seen a ghost. But imagine seeing that photo of your ex that ghosted you daily. And it isn’t just an accident. They are intentionally mailing you the photo.

That is what haunting would have been before technology. Now it is that but so much easier to recreate with the use of social media.

This person won’t reach out but will make themselves apparent just enough that you can’t forget about them. They are haunting your social media presence.

#1 They watch your Instagram or Snapchat stories.  A proper ghost would delete you off of social media or at least make sure to stop interacting with you in every way. But a haunter will continue to pop up in small ways like this. They may even respond to an Instagram poll here or there. [Read: Why do guys ghost? 15 real reasons why guys turn into cowardly pricks]

#2 They like or even comment on your posts. This is another method of haunting. This person won’t reach out but will make it blatantly obvious they want to get under your skin. They are silently saying I don’t want to talk to you, but I do want to make you feel uncomfortable and annoyed that I am still looking at your posts.

We all look at our ex’s online activity. But haunting is more than that. It is doing something to indirectly interact with you, by still knowing you’ll receive a notification about it. When you stalk someone’s profile, you don’t want them to know. But a haunter does. They want to spook you through a double tap.

#3 Making indirect contact. If not on social media, haunting can happen in the real world too. Say a guy who works in your building ghosted you. Well, it would be easy to avoid you by taking the stairs or walking down a different hallway. But instead, he haunts you by purposely walking by your desk or ordering lunch the same place you do.

And what makes it worse is that instead of saying hi and explaining himself, he just sort of hangs around you quietly. He may even make eye contact. [Read: 19 signs of emotional damage and ways to get past them]

Instead, they act as if nothing ever happened, because “technically” it didn’t. And this makes it awkward for you to say anything like, “Um, where have you been for a month?” They will either come up with a generic excuse, become defensive, or ignore that comment altogether.

A skilled haunter is back and not in a “yay, he came back for me” sort of way, but in a, “They’re baaaaack,” sort of way. They may ask you what they did wrong, why you hate them, or hope you just overlook their ghosting past. Don’t let a haunting ghost possess you.

#5 You feel them linger. You just cannot escape them. Your ghosting experience was bad enough and now that former relationship or flirtation is just lingering in this online presence. Your mind is off of them for a while then BAM, they faved your tweet.

And this leaves you feeling super weird. Did they actually ghost you or are you being paranoid? Is this just social activity or paranormal activity? What are the intentions here?

And if this was more than a couple of dates, haunting can feel like a punch in the gut. It knocks the wind out of you every time you see their handle fly up on your phone. If you were in a serious relationship, an ex haunting you can be a serious offense. It keeps you from properly moving on. [Read: What is benching? 17 signs you’re being strung along right now]

Is a haunter not committing to their ghosting? Are they second guessing their cruel behavior? Or are they just being clueless?

There are plenty of ghosts that wanted to see if there was something better out there, failed, then came crawling back. Some actually believe they did nothing wrong. And others are plain old cruel. Haunting someone gives a power high.

You know you aren’t interested in this person, but they are playing with you. They cut off communication and are now teasing you with a watch here and a like there. They want to remain on your mind so you are never truly free of their presence. [Read: How to recognize and stop selfish people from hurting you]

How to stop a haunting?

There is no haunting exorcism or sage cleanse when it comes to lazy daters. Instead, your best bet is to block them. It may seem harsh, but you do not want that negative energy bringing you down. This person ghosted you. That is on them. They don’t get to just haunt you.

It is your life and your social media they are haunting so cut them off. They can’t haunt you if they can’t see you.

What is so bad is that just like ghosting, haunting has become a trend. Ghosting was bad enough, but I would take it over haunting any day. Apparently ignoring someone 100% is too hard for these cowards. They can’t control their fingers from tapping your stories and your posts, and it is eerily spooky.

Another reason dating back before technology may have been a bit easier.

[Read: How to handle the zombies of dating who love haunting you]

Haunting vs ghosting… The afterlives of first dates, almosts, and broken relationships. No one needs a ghost from their dating past haunting them.