Posted in Love And Sex, Uncategorized

13 Things Every Woman Should Know Before Trying Butt Sex 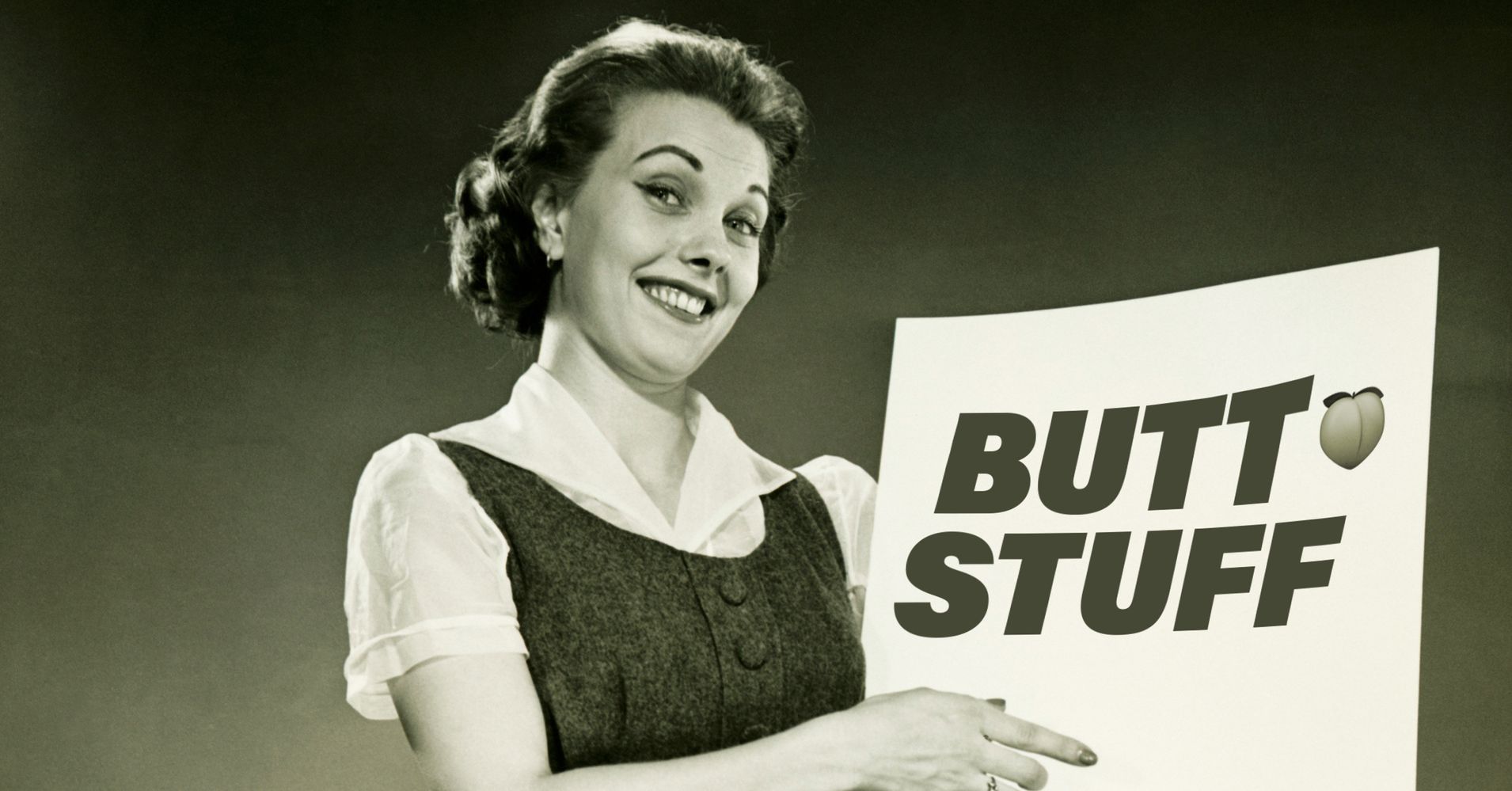 Dun dun dun: butt sex. Given the general silence and weirdness that often surrounds the topic, it can be quite intimidating, but never fear ― we’ve got you covered.

So, we’ve decided to clear it up for you. Below are 13 things every woman should know before trying butt sex:

2. Be specific when choosing your first toy.

Being safe and smart about what you’re using is very important. “You never want to insert anything anally that doesn’t either have a loop to pull out or a flared based because that is how you end up in the ER,” Van Kirk said. “You want to be able to get it out.”

Spontaneity is not for butt play, people. According to Van Kirk, drunk butt sex = no fun.

Van Kirk suggested trying butt sex with someone you trust and you’re comfortable with. You don’t have to be in a relationship with the person, but you need to be able to set boundaries and talk openly.

“Unless it’s someone who’s very well-versed and willing to do the process with you, after you’ve already had some exposure to it on your own, sure there’s exceptions that way,” she said. “But typically, trying it with a regular partner and someone who is responsive and caring, and again willing to invest in a little prep time ― maybe a week or a month in advance, whatever works for you ― will set you up for success.”

“Dialogue is a really good thing,” Van Kirk said. “First off you need to be able to self-advocate for what feels good and what doesn’t. Secondly, your partner needs to be looking for cues of discomfort and be open to having some feedback during the process.”

Another important piece of the puzzle is lube. If you’re going to try out butt sex in the bathtub or shower, Van Kirk suggested trying a silicone-based lube not water-based (try this one). For your run-of-the-mill bedroom butt sex, water-based lubes (like this or this one) will work just fine. Whichever you use, make sure you use a healthy amount.

This is where some women think they’ll get scared off. According to Van Kirk, however you should be just fine if you follow one simple rule.

“You never want to go from the anus to the vagina if you haven’t cleaned up or changed the condom because you can introduce pathogens which will cause other infections,” Van Kirk said.

7. What you eat on the big day does matter.

As far as diet goes, eat normally and try to stay away from food that may be very “stimulating intestinally,” Van Kirk said. So, no chili or barbecue if you know you’re having butt sex later in the evening.

“Usually there aren’t a lot of fecal elements in that area, but if you’ve eaten something stimulating intestinally that causes loose bowels that’s when the fecal matter will sink into the rectum,” Van Kirk said. “You want to be having solid bowel movements a couple days prior to be sure that things are functioning as they should.”

“Lots of women want to do enemas, they think that’s a good thing,” Van Kirk said. “But for beginners especially, I wouldn’t suggest it.”

There are two main reasons not to take the enema route. The first is that anatomically, enemas don’t make the most sense. The medical procedure includes injecting liquid or gas into the rectum in order to expel waste.

“Many women believe that they’re pushing fecal elements out of the way, but in actuality there’s very little fecal elements in that part of the rectum, it tends to come from higher up,” Van Kirk said. “So if you push the fecal elements farther back then where they are naturally, can actually cause intestinal cramping.”

9. Start out small and slow.

The more relaxed you are, the more pleasurable the experience will be. “It’s literally not an in-and-out thing at first,” Van Kirk said. “It’s more of a process, which means you want to learn to be relaxed and figure out what the sensation is about.

Of course it might be hard to chill when you’re putting something quite literally up your butt, but Van Kirk said it’s key ― and she knows a few tricks to help you relax.

10. Some positions are better for beginners.

Your favorite cuddling position is also the best butt sex position: spooning. Van Kirk said this side-by-side position will stop your partner from going too deep too fast.

If you’re really grossed out by all this butt stuff, Van Kirk suggested trying it in the bath tub or shower. If you’re in the shower, standing up and facing away from your partner is the best position. Just make sure you have something sturdy to hold on to!

“It may feel like, at first, you’re going to have to evacuate right when whatever’s penetrating you is in,” she said. “Typically, that feeling tends to be part of the sensation and if you can sit with that for a few minutes it usually goes away. If you’re really freaked out, take a break and come back to it. But almost always it’s just part of the sensation as your body gets used to the feeling.”

The amount of pain is different for everyone, Van Kirk said, but it should never be anything above a 3 or 4 on a scale from 1-10. Nothing an Advil post butt-coitus can’t fix and, whatever you do, don’t use numbing lube ― especially on the first few times around.

She did note a few red flags to look out for.

“From the back end, there shouldn’t be any blood, any contusion or anything like that,” Van Kirk said. “As far as the woman’s experience of that, it’s really about keeping tabs on how your body is feeling. Feeling into the sensations vs. trying not to focus on it is an important difference. It seems like when you try to not focus on it is when stuff goes wrong.”

A quick trick to avoid the pain response? “Some partners will put it all the way in, pull it all the way out and repeat,” she said. “I find with newbies that if they can keep it in and just have the rhythm of movement, that seems to really help because initially pulling it all the way and putting it back in just creates more pain for people.”

13. You can have an orgasm from butt sex!

It’s *all* worth it, ladies. Van Kirk confirmed that yes, you in fact can have a G-spot orgasm from butt sex. The bottom of the rectum corresponds with the top of the vagina and that ― voilà ― is where the G-spot is.

The best positions to find the G-spot from the backdoor is reverse cowgirl, or standing and facing away from your partner.

HuffPost Women thinks pleasure is important. For this reason, we’re bringing our readers more information about all the good stuff: pleasure, sex-positive education and body positivity. To read more scroll below.

← Aug 22, How to get through a breakup. Expert tips, advice and free PDF download
How to Get a Nerd to Like You & Win Over the Intellectual Badass →