I Quit My Job to Get My Life Back 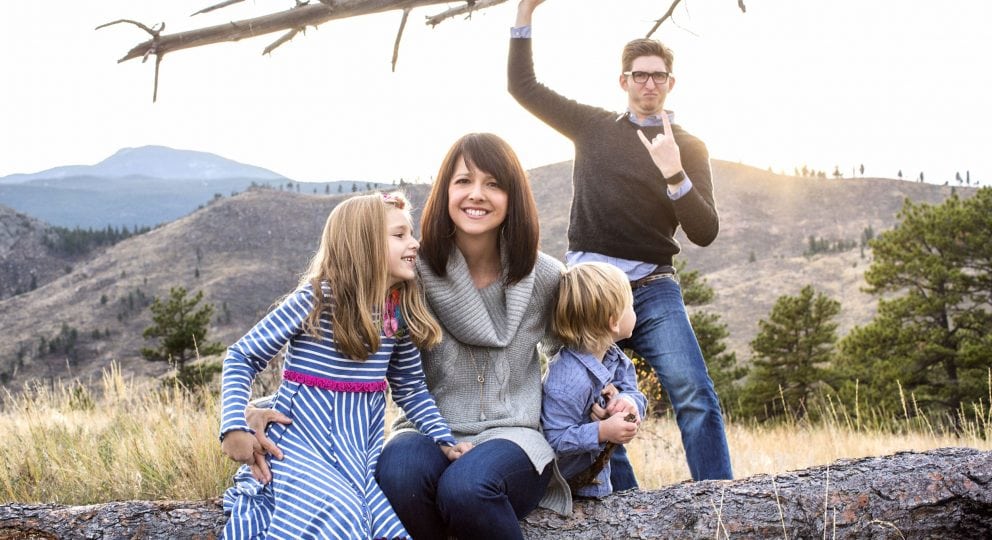 A few months ago I posted a personal picture on LinkedIn, and something happened.

Professionals wanted to talk about it.

To be clear, physically attending a school play wasn’t the breakthrough here. What I was celebrating, is that up until this day, I had never been fully present at one of my kid’s events.

This was a serious breakthrough for me. On a weekday, I was able to shut my brain off, and give my full energy to someone I love. It felt good!

My mind did wander for a split second, but it wasn’t about work. Anytime I see a duck costume, my ‘80s brain is going to fire up a neural connection to Howard the Duck. Just have to put that out there.

Now, this is a wonderful thing and all (being present for our son, not the creepy duck movie), but the fact that I felt like this was some kind of triumph also made me sad. I mean, how low had I sunk if being a caring father for an hour registered as an achievement?

Questions like this reside in a mental dumpster fire, where I toss all the not-so-proud chunks of my human experience. I’m learning to find strength in those mistakes, not regret. And through the process, I’ve come to a conclusion.

From the time my wife and I had kids, until now, I was afraid.

This is crazy, because I’m good at what I do. I’ve been lucky enough to have learned from some of the best in my field, and to have done work people in my industry admire. Yet, I allowed the doubter inside me to win. I just didn’t believe a tall, gangly dude from rural Wisconsin could do it. Or maybe even that I deserved it.

Here’s what that looked like on a day to day.

Pretty much everything I did at home during the week was rushed. I rushed kids to school. I rushed dinner. I rushed all of it except time at the office. The more I was visible there, the more I felt like I was achieving.

Sure, my kids knew I loved them, but they didn’t feel it in the little, reassuring ways. Like in the leaving-work-in-time-to-play-with-them-in-the-yard-before-dinner ways.

And yes, my wife knew I loved her, but she didn’t feel it in the being a good partner ways. Like in talking-after-the-kids-go-to-bed-without-a-computer-on-my-lap ways.

I know I’m not alone in this unhealthy swirl. I was blown away when I read a research study out of UCLA that found dual-income couples with young children only spend an average of thirty five minutes a week together in conversation.

Only thirty five minutes a week!?

We spend more time on social media in a week than talking with the people we depend on the most. That’s an infraction I couldn’t be more guilty of.

I mean, I had everything anyone could ever ask for:

A partner who is beautiful inside and out, who has always supported me.

A daughter and son who adored me.

A cozy home, with fun neighbors around us.

It was all right there.

But so was work, and my inability to see the bigger picture. I needed to get out of my head, but I couldn’t. There’s a simple translation for this kind of insanity: “You suffer more in your imagination, than in your reality.”

I’ve only recently learned about this quote by Seneca. It’s amazing how, even thousands of years later, this is more relevant than ever. In my imagination, I wasn’t good enough. I was stuck, always playing defense. So I decided to just blow it all up, to start playing offense against the limitations I put on myself.

I quit my job.

I co-founded a company with two friends, and I know anyone out there who’s ever started a business is saying, “Dude, you’re nuts, that’s a lot more work!” A year into the journey, I assure you, I get it.

But here’s the deal. It wasn’t the business that motivated me to do it. I wanted the counter-conditioning. I wanted to retrain my brain. You see, I’ve always seen my two business partners as better husbands and fathers than I was.

They talked about family before work anytime we were catching up. Their wives sent them encouraging text messages during the day, and I could always tell that they didn’t have to remember to be a team player—they just did. They were highly productive, because they were motivated to spend as much time at home with their family as possible.

Given the old adage that “You’re the average of the five people you hang out with most,” I wanted to make that influence real in my life. It was the best way I could imagine making real, lasting, and powerful change.

After a year of getting their influence every day, am I cured? No.

Have I been able to wean myself from bad habits and feel some progress? Absolutely.

Here’s what I’ve learned from my “Dad Mentors” after working in very close quarters (our “office” is currently a shipping container) with them over the last year.

Run
At least four days a week, I go out and run around the neighborhood. At first I could barely run for a half hour without walking, but now, a year in, I’m actually beginning to call myself a “runner” and I’ve lost twenty pounds in the process. But most importantly, I get a chance to reflect on the day ahead and consider how I can try to be the best me for it. It’s a lot easier to listen to others when you’ve taken the time to listen to yourself.

There’s another layer to that. I find I learn more about myself when I listen to The Tim Ferriss Show. He does a hell of job getting his guests to feel vulnerable and talk openly about their failures. That introspection, combined with the endorphins (or whatever sciencey stuff is happening in my trotting dad bod), it’s powerful.

Pause
It’s trendy to talk about “always being positive,” and I’m not so sure that’s realistic. Sure, you can find a silver lining in anything if you think hard enough and put a spin on things, but that doesn’t mean it feels positive.

I’ve learned to pause before reacting at work, but at home it’s so much more important. Your family deserves the best you, and pausing to let your best self shine through is a great way to make it happen. This is easy to say, but really difficult to put into practice. I struggle with it almost weekly, but I’m proud to be conscious of it, bringing equal thoughtfulness to my discussions at home as with my business.

Inquire
This is probably the hardest to stay consistent with, but the most transformative. Instead of asking my wife what I need to do (creating another chore for her), now I ask what she needs (so I can help her do it).

It sounds small, but I’ve noticed that it means more to my wife. It means I’m prioritizing her happiness, and not simply what I need to do to skate by as a contributor to daily household duties.

So here it is folks, the moral to my little story. If you’re where I was, I encourage you to take a step back and evaluate how your job is impacting your relationships. That doesn’t mean taking a drastic leap like quitting your job and starting a business, but it does mean realizing this:

Don’t just balance your work with your family, build it around them.